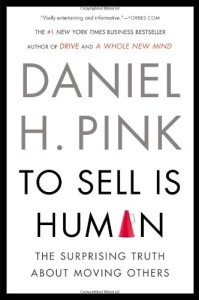 I read To Sell is Human when it first came out, and it was such a fantastic book...that I never had a chance to write down my thoughts.  Oops.  I recently went through it again, and was struck by how much still resonates.  Dan Pink does a great job of unpacking the negative stereotypes that have been built around the idea of "sales", and why they might not be that relevant anymore.  At the same time he points out something that I started realizing when I started as a salesperson as a 20-year-old kid: We're all in sales.  Not matter what your job title, we are continuously attempting to persuade and influence the people around us. Big … END_OF_DOCUMENT_TOKEN_TO_BE_REPLACED 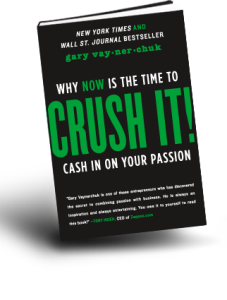 This article originally ran at the RockStar Success Library a few years ago. Gary's gone on to become a major personality in the social media world. I'm still ambivalent about whether that's because of the validity of his ideas or the volume with which he shares them. Big Thought The ease of access to emerging social media platforms provides a vehicle that allows for individuals to create a personal brand that they can monetize. Ideas, Implications, and Questions Gary skirts the line between being descriptive and prescriptive.  As a descriptive book, it’s an interesting story of what allowed him to be successful.  When it tries to be … END_OF_DOCUMENT_TOKEN_TO_BE_REPLACED 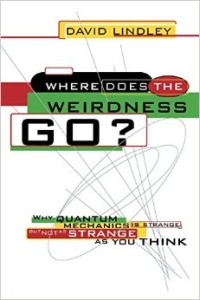 This article was originally published on January 22nd, 2009.  And the world is just as weird... “Why do you like to study quantum physics?” That’s what my sister asked, the last time I was trying to explain the inner workings of the dual-slit experiment and indeterminacy.  It was a valid question since science doesn’t really have a direct connection with what I do on a daily basis.  As I explained to her, studying quantum physics gives my brain some exercise – it’s not easy stuff to grasp.  More importantly, though, it’s a way for me to try to understand, as Einstein put it, the “underlying nature of reality” from the viewpoint of … END_OF_DOCUMENT_TOKEN_TO_BE_REPLACED 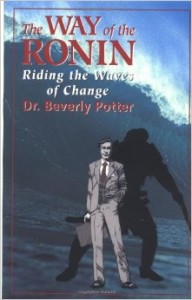 This article was originally published on February 25th, 2009.  There are more and more ronin about as the workplace continues to change. Based on the title, it would be easy to mistake this book for a treatise on wandering samurai warriors.  What Beverly Potter has done instead, is use the idea of the ronin, or wandering knights of medieval Japan, as a metaphor to describe the role of today’s independent professional in the changing economy.  Similar to Dan Pink’s ideas in Free Agent Nation, and my idea of the New Entrepreneur, Beverly writes that the fundamental structure of the economy is shifting, and she submits that the “ronin” of the … END_OF_DOCUMENT_TOKEN_TO_BE_REPLACED 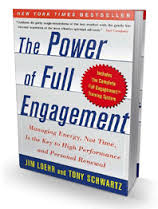 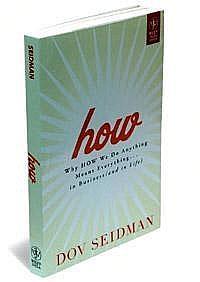 This article was originally published on July 7th, 2007.  I'm more and more convinced that we need to start connecting the reasons for what we do with what we actually do - in business, leadership, and life. I love the random ways books come into my life – especially the ones that I normally would have never picked off of a shelf.  I picked up How outside of a bookstore that was giving its advance copies away for free.  It sat on my night stand for a year before I picked it up and started reading it – at the exact perfect time to do so.  You gotta love syncronicity. In How, Dov explores the power of what I would call organizational … END_OF_DOCUMENT_TOKEN_TO_BE_REPLACED 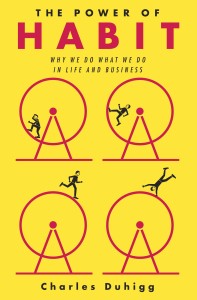 To paraphrase the quote, the secret to happiness and success lies in developing good habits and then letting them be your master.  But the question that has come after that for millennia continues to avoid an easy answer: How do you create those good habits in the first place?  And what if you have bad habits?  How do you get rid of those? The Power of Habit provides an interesting overview of what research has shown us so far.  It peels back some of the layers in the human decision-making process, and while it doesn't have as many answers as the title might imply, it's a useful guide along the path. Big Thought "Habits can be changed, … END_OF_DOCUMENT_TOKEN_TO_BE_REPLACED