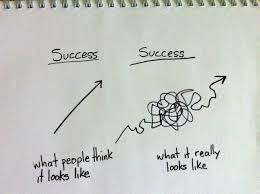 One of my favorite posse cuts is the song North by Northwest by a lesser-known group out of Seattle called the Blue Scholars (a posse cut is a hip-hop song which features 4-7 verses by different rappers - the whole "posse" is in the song).  One of the verses is from a guy named Macklemore.  You might have heard of him.  His song Thrift Shop has 881,134,271 views on YouTube and he won the Grammy for Best New Artist in 2014. ...Which is ironic, because this posse cut is from 2007 and he started releasing albums in 2000.   That's fourteen years before his "new artist" designation. I'm not here to question the Grammy's idea of new, but I … END_OF_DOCUMENT_TOKEN_TO_BE_REPLACED