If you have ever watched a skillful improv comedy group in action (for example on the TV show Whose Line is it Anyway?), you’ve probably walked away shaking your head and wondering how they were able to craft dialog, action, and plot out of thin air with just a few audience suggestions.

There’s a lot of talent and practice that goes into making it work, but there are also some underlying rules that everybody on stage is following.  These agreements allow everyone to trust each other and move the action along.  One of them is incredibly important to understand if you want to be successful as a sales professional in our modern, hyper-connected environment.

Don’t Control Your Prospects, Be Their Improv Partner

This comedy rule is called “Yes, And”.

The “Yes, And” rule is quite simple, even if it’s not always easy to put on practice.  On the improv stage, actors have to always agree with the direction that their partners take.  If someone says a line about being attacked by killer whales, you can’t say, “No, those were dolphins.”  You say, “Yes, and they ate my leg!”  The goal is to not negate their contribution by saying “no”, “but”, or “you’re wrong”.

It keeps the scene moving forward and allows them to find the opportunities for humor and drama in the situation.  Sales professionals might not be actors and comedians, but it’s crucial to understand this paradigm.  It’s the key to success in the Hyper-Connected world.

Use the yes,and approach to guide prospects through a highly-connected and information dense process #sales #sellingprocess Click to Tweet

Because salespeople act as guides in the sales process, they are acting as co-creators with their prospects and clients.  The buyer’s journey these days is relatively complicated and convoluted.  It’s rarely a straight line.  I call it a Sales Matrix™ because it’s a large web filled with interconnected nodes that the buyer, and by extension the sales person, has to navigate.

The salesperson’s goal is to keep things moving forward in this process.  And the key to success in the Sales Matrix™ is flexibility and adaptability.  The goal is to speak in positive terms, not shut down the prospect.  This works on both a philosophical level and a practical level. For example:

(Prospect who has done some online research) “I read an article that said moving all of our data to the cloud like your company suggests could lead to a lot of vulnerability.”

(Negative response) “No, that won’t happen and that article’s author was stupid and you shouldn’t listen to him.”

(Positive response) “Yes, using cloud capabilities for storage can lead to vulnerabilities, and that’s why we take encryption as seriously as we do.  Security is really the watchword for all computing these days and I know that is important to you.  Let me show you how we set up your security.”

Using “Yes, And” to be a Sales Sherpa™ 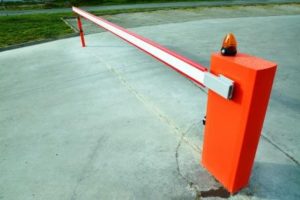 But that won’t work now, because the word but is a roadblock.  If you block your prospects in a world full of access to information, they are just going to go talk with someone else.  Control doesn’t work in the modern Sales Matrix™.  Selling isn’t a simple, step-by-step process anymore.  If a salesperson tries to undercut or negate the prospect, the prospect will just go out and find their information from someone else or on their own.  They don’t have the same need for the salesperson that they used to.

This isn’t about seeing the world through rose-colored glasses, or letting your customers drive themselves off a cliff.  Successful sales professionals these days focus on affirming and validating their prospects.  Then they use that momentum to guide them to a good decision, instead of just shutting them down.

The more you try to control the direction of the conversation the more likely you are to miss out on a critical opportunity, for example, a chance to uncover a important solution or an underlying pain point.  The ability to “yes, and” continues to keep the conversation moving forward and allows you to redirect it and get to fruitful parts the engagement.

When approaching your sales conversations with a “yes, and” mentality, you acknowledge the process your clients are going through.  You accept that they are going to collect and interpret a lot of information on their own.  But you also know that they are going to have questions, and that you can position yourself as a trusted guide and adviser.  In other words, you can become the Sales Sherpa™.