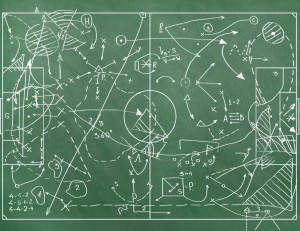 Don’t worry about getting the right answer, because there isn’t one.  It’s a trick question.  I think it’s a false dichotomy and that neither is more important.  It’s likely, though, that your knee-jerk response favored one or the other.  There’s nothing inherently wrong with that, but it’s worth noting which way you leaned.  Your unconscious tendencies have a strong impact on where you put your focus.  This means they also can give us clues as to what we are missing.  I’ve built my career looking at how professionals can be more successful by paying attention to how these two paradigms are inter-connected.

Strategy and Tactics are the Same?

Can tactics survive in an environment without strategy?  Can you be strategic without being tactical?  It’s just a matter of scale, both of time and scope.  If you look at your tactical responses on a large scale, aren’t you now being strategic? And if you parse out your strategy, then you’re talking tactics.

Can tactics survive in an environment without strategy? Can you be strategic without being tactical? Click to Tweet

Understanding this connection is the first step in bridging the apparent divide between these approaches.  It’s an important rift to heal, because when you value one side or the other, it consciously or unconsciously leads to the other being de-valued.  And that’s when you lose opportunities.

Are You in the Strategy Posse or the Tactics Crew?

There is often lip-service paid to the close relationship between these two elements. It comes in the form of, “Of course, you need to have both sound strategy and effective tactics, harrumph harrumph, but I think the key is (fill in their choice of strategy or tactics)”.  This naturally follows from the fact that most people who think about, talk about, or maybe more importantly, write tons of business books about these topics have their ego associated with one side or the other. 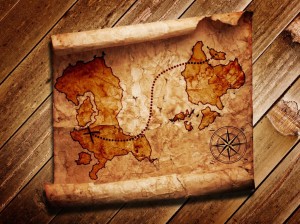 It’s easy to identify the management consultants and MBAs who champion the importance of high-level strategy. They’ve invested years and sometimes hundreds of thousands of dollars to learn the basis of business strategy.  Wouldn’t you extol its virtues if your paycheck depended upon creating strategy for large enterprises that other people can go and execute? It seems that the bigger an organization gets, the more people involved who want to talk strategy.

On the other hand, it’s also easy to find the trainers and speakers who highlight the importance of tactical execution. Of course they do, their paychecks depend upon closing the gap between poor execution and competent execution.  It also helps that tactics feel more real because you can see the effects immediately.  If you change your tactics, you’ll likely see different results in the short-term (at least on a small scale).

Both sides will admit that the other has some importance, but not as much as their own personal focus.  It’s human nature to “pick a horse” and then put your support behind it.  Try watching a sporting event that doesn’t involve a team in which you are emotionally invested – halfway in you’ll have decided that you prefer one team over the other, even if it’s just because you like their uniforms better.

Moving Past the Either/Or Mindset

We’re wired to have this either/or mentality. And that’s where the problem lies.  Humans are predisposed to think in opposites, whether or not the opposition actually exists.

This is compounded by the fact that most people have a natural predilection for one of the other. Some people are naturally inclined to see the big picture. Others gravitate towards detail and place their attention on the immediate and the now. It’s very easy to choose the camp that aligns with your own internal preferences. There’s nothing wrong with this, and in fact it’s importance to find harmony between your daily work and your “inner nature”.

The mistake is to think that your preference deserves predominance. Just because you like thinking about strategy and the long-term plans of your business doesn’t mean that it’s more important than daily execution. Conversely, just because you prefer to get your hands dirty in the trenches doesn’t mean that tactics are where you should put all of your time and energy. 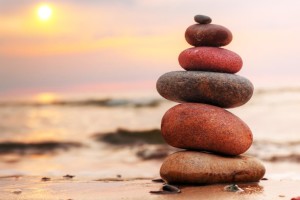 One of my early mentors was a master at traveling up and down the scale from macroscopic long-term goals to daily and even hourly priorities.  I was running an independent sales office at the time, and he used to take my quarterly numbers and hack at them from different angles.  He’d start by looking at the annual numbers (sometimes even longer).  And he would parse them smaller and smaller.  He knew that for the numbers to work on the large scale, they had to work on the small scale.

Then he’d put that all to the side and build up projections based on what I thought we could do on a daily and weekly basis.  If we didn’t get the same results from both of these methods, something wasn’t right – there was a gap in the analyses that we had to figure out.

Truly successful professionals in today’s environment need to find harmony between strategy and tactics..because at their root they are the same thing! It’s important to identify your strengths and preferences, if only so you can also identify where you can put time and attention to improve your deficiencies. The goal is to be able to flow from large scale considerations to executing activities in the moment and back.

Finding the Harmony in Business

The yin-yang symbol taken from Taoism is the best representation I’ve found for the balance of strategy and tactics. In Taoism, there is a lot of attention paid to the relationship between opposites: light and dark, life and death, passivity and action. These aren’t seen as diametrically opposed but rather as two manifestations of the same process. In fact some yin-yang symbols have a small circle of the opposing color in the middle of the largest part of its opposite.  This represents the fact that the birth of each comes from the greatest expression of that which opposes it. (That sentence makes sense, I promise.)

So what does this mean practically? How do we take this from a symbol that has adorned more than one tramp stamp to viable business paradigm? That question, and that balance, are the focus of much of my work. When I am talking with an entrepreneur, it’s easy for them to look at one part of their business as the crux of the issue.  Either it’s a planning issue or an execution issue.  And they are often right, but only partly right.

If you understand that everything is interconnected, then you can see that why slapping a band-aid on that issue won’t help.  If your planning is faulty, great execution isn’t going to help in the long-run.  And the best strategy will fall to pieces with poor implementation.

I regularly visit a massage therapist.  Now before you get too jealous, understand that she’s a clinical therapist so this isn’t a nice relaxing spa day.  Her goal is to help take care of the muscles and joints that I beat up with swimming, yoga, and Zumba (I’m not as young as I used to be).  It always surprises me when I complain about something in my right ankle and she’ll work on my left hip.  But lo and behold, it feels better. 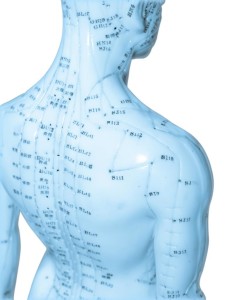 With all of the connections in our bodies, problems are rarely localized.  Look at a body chart used by an acupuncturist or practitioner of traditional Eastern medicine.  You’ll quickly notice that different parts of the body are connected to seemingly unrelated locations elsewhere.

We can have that same understanding in our professional life.  No matter your role, title, or business, when you start to see the connections and similarities between these processes, you will start to see new paths forward.  The first step forward then, is bringing more awareness to this interconnection.  It’s appropriate that this is a step available to both those who naturally view the process strategically and those who approach their life tactically.

If you are a strategic thinker, ask yourself, “How would I act out this strategy tomorrow?  If I could only implement it in one day, what activities would align with this strategy?”  This will help push you towards a more immediate approach.

If you lean towards the tactical, ask yourself, “If I engaged in these tactics every day for a month, where would I end up?  Is that where I want to be?  How could I change these daily activities to create a different destination?”  This allows you to see strategy as a culmination of your tactical achievements.

As you continue to consider the opposite of your natural inclination, you’ll find that it’s easier to slide between the two.  It won’t remove all of the stress and tension that you experience, but it will expand the number of tools that are available to you.  That’s the end goal: increasing your capacity.  Life and business are challenging.  There’s no way to get past that.  But if you have more ways to handle those challenges, you will find a path forward that is more meaningful and satisfactory.