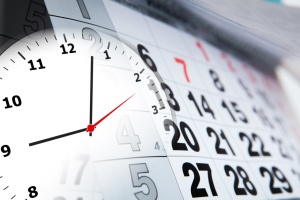 I sent my latest draft of Networking in the 21st Century: Why Your Network Sucks and What to Do About It to the editor last week.  I have to admit that I’m pretty excited about it.  And a little surprised.  If you had asked me at the beginning of the year if I could write a nearly 200-page book, I would have demurred and said that I didn’t have the time or the patience to do it. Writing a book was a pipedream.

So how did I do it?  And why should you care, even if you don’t plan on writing a book anytime soon?

One Step at a Time

Like many of us in this information-soaked age, my attention span is not the greatest.  In addition I run my own business and time is at a premium (I can’t just lock myself in my home office for a few weeks and bang out a book).  So when I was thinking about writing the book earlier this year, I wanted to take myself out of the running even before I started.

But my friend Mike said something wise to me, as he often does. “D., a lot of people say they want to do things, but they make it seem like it’s harder than it really is.  If you want to write a book, then just start writing.”  And for some reason it made sense to me.  I had written hundreds of articles for my blogs and I figured that a book, on some level, was simply hundreds of articles strung along and connected.

Consistent and Constant Activity is Key 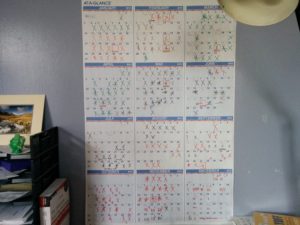 That’s what I did.  And I got to the end of the book.  So here’s my thought that came from this experience:

Most of us have problems with one of those two variables.   Either we aren’t consistent – meaning we only get to something every once in a while (like a yoga class we go to when we feel like it).  Or we don’t do an activity for long enough; we don’t persist over the long haul.

This applies to much more than writing books.  I have a coaching client who realized the power of consistent activity over time when he was hiring for his business.  He’s a small business owner who is expanding rapidly, but the biggest inhibitor is finding good people.  He interviews, but not consistently – only when he is really feeling the pressure.  Now he interviews new people every week, whether or not he has an open position, and his business is growing like a weed.

And it doesn’t have to be a lot of activity.  For me, it is 30 minutes of writing and I got a book. You don’t have to put hours in every day.  The secret is: those 30 minutes every day add up.  I would argue that most of us have 30 minutes in a day.  Maybe not much more than that, but you could carve out the time if it was an important goal.

What do you want to gain?  Do you want to learn a new skill, get in better shape, build your network, or fix some things around the house?  Or do you have a book in you that wants to come out?  Whatever it is, you’d be surprised what 30 minutes of an activity can do.  That 30 minutes is what stands between you and you dreams.

What will you create with it?