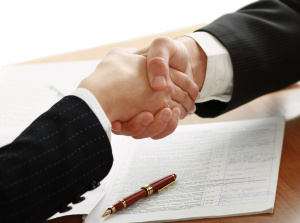 One of the reasons people don’t like to sell is that we don’t like rejection.  As young children we develop a deep-seated fear of being abandoned by those that we love, and it follows us into adulthood.  So there’s this subconscious connection that’s created between this fear and a prospect saying no.

But we also avoid asking for business because we don’t know what to say if the other person doesn’t say yes or no.  That’s why most of us will only “ask for the order” when we already know the answer.

It could be a formal sales situation where you are asking a prospect for a business deal.  But it could also be an internal meeting where you are trying to get agreement around a course of action or even asking someone on a date.  But when they say either yes or no, life is good because we know the next step and we can go from there.

Neither Yes or No

Even though a straight-out “no” is not what we’re going for, at least we know how to respond to that  (because the conversation is over). But more common than both the “yeses” and the “nos” is the murky land of the objection.  That’s when the other person isn’t saying yes or no.

Maybe they aren’t sure, or they need some more information.  Or they just don’t want to make a wrong decision.  I’ve seen many salespeople stumble around in this area, not knowing exactly what to say.  And this social awkwardness is all it takes for them to avoid a similar scenario in the future.

And so they don’t ask as much or as often.

But you can make this process much easier by relying on a trait that we all have: our human empathy.

How you answer the objections does depend on what you are selling, but starting with this phrase will help:

This is a universal response that works with almost every objection.  Obviously, only say this if you do understand.  But you should understand because you’ve been in their shoes.

At some point in your life, someone was trying to sell you something and you’ve said, “It’s not in my budget”, “I need to think about it”, “I need to check with my boss” etc.  So you do know where your prospect is coming from because you’ve been on the receiving end of the selling process. 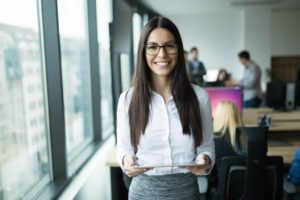 This isn’t going to make others automatically buy from you, but you’ll find that this leads to a much more successful sales process.  This phrase changes the dynamic from “me versus you” to one of empathy.

It’s not about manipulating someone, it’s about creating a connection between the two of you that can lead to real communication.  You’ll find that sometimes the objection they have can’t be answered, and a sale won’t take place.   And that’s OK.

When you say I understand, it changes the dynamic from me vs. you to one of empathy and connection Click to Tweet

Because you’ll often find that in taking the time to connect with them and show that you understand their perspective, you’ve allowed them to lower their defenses.  At that point an authentic conversation can take place.  They’ll be willing to listen to your ideas.  And they’ll be much more honest about their concerns and open to how you can help solve them.

That is truly the heart of the sales process.