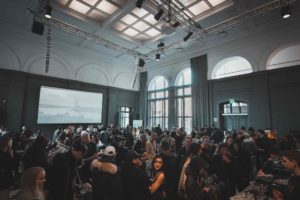 Over the past 15 years, I’ve found that people either love the idea of business networking or they think it’s a complete waste of time.

How is it that some people build flourishing businesses based on the power of their network, while others fail to build any sort of connections at all?

After helping hundreds of professionals leverage business networking to build their careers, I’ve found that most struggle for a few simple reasons.  If your networking isn’t as effective as you would like it to be, it’s important to figure out where the block is.

The 3 Networking Questions to Ask Yourself

If you are struggling to build a network that regularly creates opportunities, you’re missing one of these three components.  Ask yourself where you rate on a scale of 1-10 in the following areas:

1. I Have a Networking Plan

If you are just “winging it” when you go about your networking, you are going to get haphazard and inconsistent results.

Most people dive into business networking because they read an article that says networking is effective.  Or maybe someone suggested that they should “go and network”.  They show up at a local networking event with no idea of who they are looking to connect with, why they should connect with them, or what the heck they are supposed to say.

Networking is a long-term professional activity.  It doesn’t just happen in a day.  It’s important to be strategic and clear with what you are doing.  The first step is to figure out where you are in your networking journey.

Take the time to plan our your networking.  Who do you want to meet?  Where are those people going to be?  What are you going to say about yourself and your business that makes people want to find out more?  When you have the answers to these questions, then start networking. 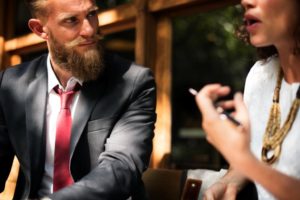 Networking results don’t come from passing out business cards at an event or having one cup of coffee.

Too many people expect networking to pay off after meeting someone once, but business relationships are just like your personal friendships, you have to invest in them over the long haul.  If you are expecting immediate gratification from networking, change your time line.  It might be frustrating in the beginning, but it will be invaluable in the long-term.

Spend the time following up with your contacts.  Grab a cup of coffee or even a 10–minute phone call with them on a regular basis.  Make an effort to get to know them, and let them get to know you.

3. I Help Other People First

If your approach to networking is self-centered, you will get less than if you approach your network with an other-focused approach.

“How can this person help me?”  That’s what most of us think when we meet someone we’d like to include in our network.  And that’s why most of us struggle.

There’s a saying in the sales world that nobody wants to be sold to, but that they do like to buy.  You have to let people buy into you.  Too many professionals view networking events as an opportunity to find others who will listen to their sales pitch.  And they wonder why no one seems interested.

Put your own agenda on hold, and listen to what the other person has to say.  Find out what their needs are, and see if there is a way that you can help them fill those needs.  Sure, it’s the right thing to do, and you’ll feel good helping someone out.  What you’ll notice happening, though, is that after they’re done talking, they’ll ask how they can help you; and they’ll really mean it because you took the time to help them.