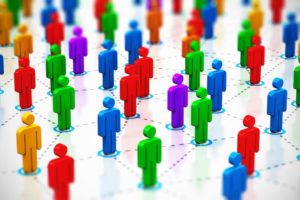 When I first started my business, I didn’t have a marketing plan to get new clients. (I didn’t really have a marketing budget either.)  But I had heard that networking was an important tool for building relationships and getting new prospects, so I started showing up at the networking breakfasts run by my local chamber of commerce.  And the rest is history.

Well, not quite.  The actual process of muddling through my networking took time.  I had some successes but also some early screw-ups before I started to feel comfortable with my networking.  And it took a little while for me to develop a cohesive strategy that allowed me to leverage the relationships I was building.

Not all Networking is Created Equal

An “Aha!” moment was when I realized that not all types of networking activity solved the same problems.  If all I did for “networking” was go to the same events for the rest of my career, I would never be able to grow. 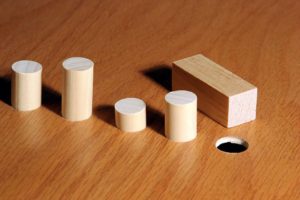 One of the biggest challenges with networking advice is that it offers a “one-size-fits-all” approach to the process.  In reality, though, people have different professional goals, they have different assets at their disposal, and they are facing different hurdles in their career.

If you are a 23-year-old digital marketing assistant, you need to approach your networking activities in a very different way than a 47-year-old VP of marketing.  And a another example, looking for a job requires different networking than looking for a new client or referral partner.

This causes a lot of frustration when you try to apply general guidelines to your specific situation.  You end up using inappropriate strategies and tactics.  And it’s one of the reasons why people give up on using their networks to help create professional success.

It also means that simply realigning your activities can quickly help you leverage your networks in a way you never have.  It’s not about doing more, it’s about syncing your efforts to your desired outcomes.

When I take a look at how someone is networking, I’m trying to decide where they are in their career and what help they need to move forward.  Once we’ve figured that out, we can determine where they should be putting their time, energy, and attention

Each layer of the networking pyramid solves a problem.  And each step acts as the base for the next in the process.  There isn’t a right or wrong place to be.  Zero-in on the challenge you are having right now and take the appropriate actions.

1. People Don’t Understand What You Do 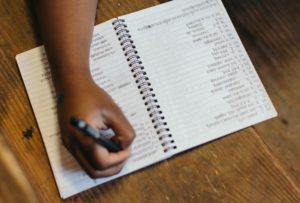 Problem: When you talk to people about what you do or what you are looking for, they aren’t able to make connections or provide substantive support or feedback.

Cause: They don’t know what you need because you can’t explain it clearly.  If you share your career goals or the connections you are looking to make, and they can’t understand it, it’s on you, not them.  More than likely, you’re not being clear enough.

Solution: Sit down with a piece of paper (and maybe a friend) and write out a clear explanation of what you are looking for and what you offer when you network.  Get out of your head and don’t make assumptions that people will automatically understand everything you say.  The more clarity you create the better. 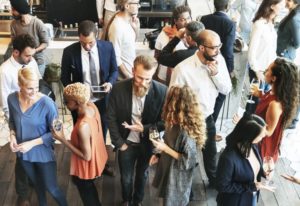 Problem: When you look at your contact list, it’s pretty small.  You don’t have a lot of professional connections and there aren’t many people that you could reach out to for help.

Cause: There are three causes of a small network.  Either you are a young professional who is just getting started, you have just moved to a new place that is totally separate from where you were, or you’ve been intensely focused on your work and haven’t poked your head up for a while.

Solution: This is the problem that is best served by going to the larger events in your area.  Whether they are run by a chamber of commerce, industry group, or networking group, these are the events that pull a large and varied crowd.  Everyone there is open to making connections, and this is a great way to add numbers to your network.  You don’t want to be stuck here forever, but it will kickstart your network.  (Here’s how to maximize your time when you do go to events.)

3. You Haven’t Made the Right Connections

Problem:  Eventually you’ll realize that you have a large network, but you don’t have as many ideal connections as you would like.

Cause:  It makes sense to build your network broadly when you are first getting started, but at a certain point you should get more selective.  This happens when you’ve filled up the available time/bandwidth that you have for networking and can’t fit more in.  That’s when you want to get selective with the additional connections that you are adding in.

Build your network broadly at first, but at a certain point you should get more selective. Click to Tweet

Solution:  This is the time to get strategic about the events that you go to.  At this point you can also see the importance of building your pyramid in order.  It’s at this stage that you can combine the clear focus you developed in Step #1 with the larger numbers of people in your network from Step #2 to hone in on the most productive relationships.  Evaluate the networking events and activities that you are engaged in and be sure that they are attended by the people you want to meet. 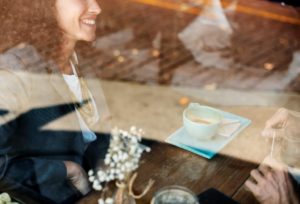 Cause: Quick conversations by the appetizer table aren’t a great way to establish a mutually-beneficial relationship.  And just reaching out to someone on LinkedIn or Twitter doesn’t mean that you have a deep understanding of how your networking connections do business.  At the same time, they can’t really grasp how to help you.

Solution:  The best way to develop this mutual understanding is through the time-honored coffee meeting.  When you have a one-on-one conversation with someone over a beverage, you have a chance to dive into their business needs and to share yours.  If they aren’t local, there’s nothing wrong with scheduling a “virtual” coffee.  Just have a 30-minute conversation by phone, or even over Skype or Zoom. (Here’s the trick to having a great 1-1 conversation.)

5. You Haven’t Earned the Right to Ask

Problem: You’ve met a lot of people, but you aren’t getting a lot of help.

If you haven't invested in your networking partners, they won't be motivated to help you Click to Tweet

Solution: Ironically, the pinnacle of the networking process is not about getting help from others, it’s about finding ways to provide service.  Look at it as networking karma: what goes around, comes around.  If you are focused on giving support to your network (making introductions, sharing information, providing feedback), when you need help you will find a host of people looking to support you.

Work Your Way up the Networking Pyramid

Take an honest look in the mirror:  Where are you in your networking efforts?  If you have given up on networking, it’s probably because you focused on the wrong area at the wrong time.

Look to build a strong base and then move up the pyramid.  This isn’t going to happen overnight, but when you are doing it right, networking is a long-term game.  By making sure each segment is solid, you are creating an environment where you and those around you have the best opportunities to succeed.