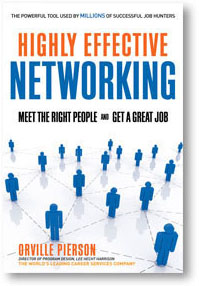 This article was originally published on January 8th, 2010.  Even though it's from a few years back, it's right on point. After writing Step by Step Networking I’m always on the lookout for other books on networking.  I love finding different tools and philosophies on networking to help refine my approach.  Although focused more on job seekers, Orville Pierson’s Highly Effective Networking is a great primer for how to incorporate networking into your professional career.  The ideas and approaches that he covers are incredibly useful if you are currently networking to find a job, but they also apply to any networking situation. Orville … END_OF_DOCUMENT_TOKEN_TO_BE_REPLACED