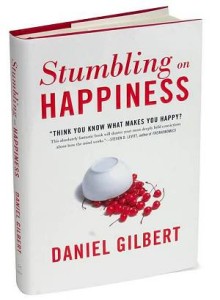 This article was originally published on November 21st, 2011.  It still comes up in conversations with friends, clients, and colleagues.  Good stuff (even if Dan is now schilling financial services...good on him for making a few bucks!). Happiness is the ever-elusive holy grail that we keep chasing – and it seems after all of our efforts, we’re not getting any closer to achieving it.  The problem, as Daniel Gilbert points out in the beginning of Stumbling on Happiness, is that we even struggle to even define what happiness is!  Stumbling on Happiness is one of the few books that I’ve read that tackles the question of our happiness from a … END_OF_DOCUMENT_TOKEN_TO_BE_REPLACED 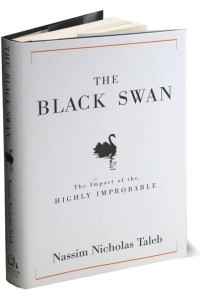 This article was originally published on May 29th, 2010.  Since then, Nassim has continued to be controversial and thought-provoking.  And I like having my thoughts provoked! Big Thought Definition of a black swan event: “First, it is an outlier, as it lies outside the realm of regular expectations, because nothing in the past can convincingly point to its possibility. Second, it carries an extreme impact.  Third, in spite of its outlier status, human nature makes us concoct explanations for its occurrence after the fact, making it explainable and predictable.  I stop and summarize the triplet: rarity, extreme impact, and retrospective … END_OF_DOCUMENT_TOKEN_TO_BE_REPLACED