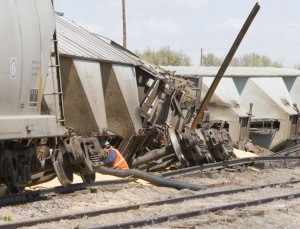 Happy New Year! Now that we have a few days of space between us and 2014, let me ask you: how would you rate it? Are there some areas of opportunity or did you accomplish what you wanted? No matter which it is, though, you get another chance. This year, 2015, is the one that matters. One of the best and worst parts of performing as a musician was that every song had an ending. When you had a song that was hopelessly off course and everything was going horribly wrong (we called those trainwrecks), you knew it would eventually be over. There was always a chance for redemption in the next song. And as a drummer, sometimes I would find … END_OF_DOCUMENT_TOKEN_TO_BE_REPLACED