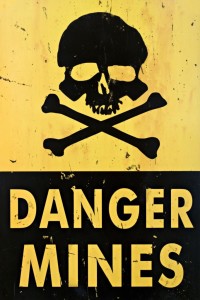 Do you have someone pointing out the potholes (or worse, mines) that are waiting as you travel down your career path? One of my younger brothers served in the US Marine Corps and performed a number of tours in Iraq and Afghanistan.  He was a truck driver who ferried supplies and troop where they were needed.  Because he underwent additional training in security, he drove the lead truck that had extra armor and a big mine-sweeper.  His job was to uncover any hidden dangers and obstacles, and then respond to them.  There's a picture that he took in Iraq of him standing outside one of his trucks. He played a critical role in ensuring that … END_OF_DOCUMENT_TOKEN_TO_BE_REPLACED