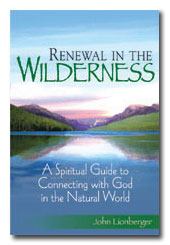 This article was originally published on July 25th, 2008. John is still a good friend and every conversation we have is insightful and fun. When I played in a band, I learned an interesting quirk of human nature – when we played a gig with other bands, the degree to which we liked the people in the band influenced how much we liked the band’s music.  Reading Renewal in the Wilderness by John Lionberger was a fun experience for me, as I am lucky enough to call John a friend of mine.  He’s “good people” and someone I’ve gotten to know over my career.  So I admit that I’m a little biased. When I gave him feedback on the book, the highest … END_OF_DOCUMENT_TOKEN_TO_BE_REPLACED