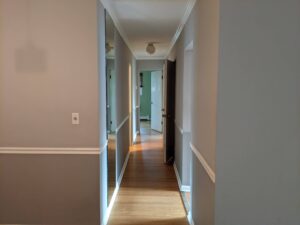 When you move into a house that was built in 1939, there's a lot of character.  Character can be defined as charming accents that aren't common in new homes.  Or it can be described as a long list of things big and small that need to be fixed. And as we settle into our new digs, it's clear that this house has a lot of character. But the former owners of our new house lived with everything that I now have on my list of home repairs.  Maybe they meant to get to some of them but didn't have the time or attention.  They just lived with them. And we do the same thing in our lives in a more general sense.  There are little things in our … END_OF_DOCUMENT_TOKEN_TO_BE_REPLACED