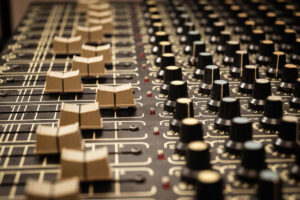 A sign that you have fully transitioned into adulthood is realizing that the artists and celebrities in the obituary are people that you not only recognize, but who had a presence in your life when you were growing up.

That was the case when I saw Lee “Scratch” Perry had passed away recently.

There’s a good chance you don’t know who he is, but you would recognize the music he helped create.  I didn’t learn who he was until I had been playing in a ska band for years.  This is slightly ironic because, along with artists like Prince Buster, Desmond Dekker, and this guy Bob Marley, he helped create the ska sound in Jamaica in the ’60s (which is also the foundation of reggae and rocksteady).

From that beginning, the music he made would morph and migrate to England in the late ’70s.  And then to New York and Boston a decade later.  And then it invaded smaller music scenes all over the U.S. in the mid ’90s, from Kalamazoo, Michigan to Orange County, California. And of course, around Chicago.

Which is why a bunch of college kids starting a band in Evanston, IL in 1995 could have followed the chain of their inspiration all the way back to what was happening in Jamaican recording studios 30 years earlier (even if we didn’t know it).

And my guess is that Scratch wasn’t thinking of inspiring musicians a few generations and a continent away, but he most certainly did.

You probably weren’t looking for a history of ska music when you started reading this.  (Heck, ska’s gone back underground so you might not even be that familiar with it).

But to me, this chain beautifully expresses how influence works in all parts of our lives.  It’s not controlled or precise.  In fact, the people we are influenced by or that we influence are often unknown to us.  But it has an effect nonetheless.

You might not be a musician working in a studio, but I want you to know that you can and do have influence on the people around you.  How you show up has an impact on your colleagues and coworkers, your friends, and your family.  It’s usually organic, and it’s usually unconscious, but they add it to all of the other influences in their lives, big and small.  And it goes on and on.

So what you do and make today will have ripples that affect the people you know and even people you don’t know.

This is why I thought it was important to say thank you to Scratch for making music that would inspire and influence people decades and continents away from his small studio in Jamaica.

Actually, I shouldn’t speak for everyone else.

Instead, I can say, “Thank you Scratch, for making music that inspired me.  Your music had a profound impact on how I approached music and rhythm, even before I knew your name. Rest in peace.”

I’ll continue to make my contributions.  To be a part of the chain.  I hope you will, too.