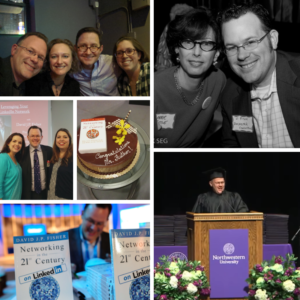 It’s still hasn’t sunk in that I started RockStar Consulting fifteen years ago.  I’d like to think that I had a master plan when I hung a shingle and decided that I was going to be a professional coach and speaker (“author”, “podcaster”, “thought-leader” weren’t even on the radar).    But no, looking back, I just couldn’t find a job that seemed like a good fit.

So I’ve been making up my job for the last decade and a half.  It’s been a pretty amazing way to pay the bills.  I’ve had the opportunity to help thousands of professionals on all the continents (still waiting for a speaking gig at McMurdo Station). I’ve met lots of wonderful people and get to call many of them my friends.

And while it sounds like a cop-out, I truly feel that I’m just in the beginning of figuring this whole thing out.  Over the years, I’ve had some successes and lots of failures.  But I’ve at least tried to learn along the way so that I have more of the former and less of the later.

In honor of my 15-year anniversary out on my own, I wanted to share 15 ideas that I’ve picked up along the way: