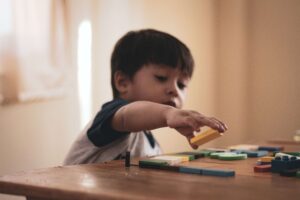 I was warned about the joys of watching a small child learn.

It really is amazing.

Almost daily I can watch my son’s understanding of the world evolve and grow.  One day he grasps the connection between the light switch and the ceiling fan.  The next day he waits by the back door because he knows that when we put his shoes on that we’re going out for a walk.

He is constantly observing, weighing, and testing.  You can almost see his mind work out the causal relationships that govern how the world works around him.

I know he still has a lot to figure out (pretty much everything, in fact).  And I hope he never stops going through the process of figuring out what’s happening around him.  Because I think that it’s all too common for us to let that practice go when we’re an adult.

When You Stop Trying to Understand

It’s all too common to find people who have become stultified in their approach to the world around them.  They get to a certain point and then figure that they understand enough about how the world around them works.  They feel they don’t have to put any more effort into honing their perspective.

This has been driven home to me as I’ve heard many people say “I don’t understand” lately.  I’ve heard it from coaching clients about their sales prospects, from colleagues in relation to business trends, and from everyone concerning current politics.  Much of this confusion focuses on what is motivating others.

It’s said with the tone that suggests that not only is their confusion warranted, but that it’s an inherent part of life.

Too often, though, we lump way too many things into the unknowable.

Yes, there are parts of life that are truly ineffable.  Life can be truly inscrutable.  Randomness and suffering can and does screw around with all of us.  There are forces at work that are beyond our ability to comprehend, and saying “I don’t understand” in these situations is warranted.  It’s the fundamental driving force behind almost every religion and philosophy.

But it’s too easy to assume that everything is in that category.  I’ve noticed that often when people say I don’t understand, they really mean:

Those are valid statements…but they are different than saying “I don’t understand” as a fill-in for “I can’t or don’t want to understand.” 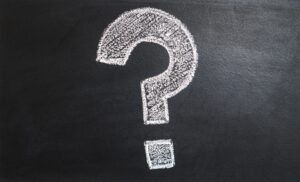 I think this is especially true in the realm of human motivations.  Because everyone has a motivation for doing what they do.  You might not like it or agree with what they do, but everyone is the protagonist of their own story.  And in their story, what they choose to do makes sense to them.

The answers won’t necessarily come easily or quickly.  But you’ll find that it opens up your mind to possibilities and perspectives.  Most importantly, it will give you more options as you interact with people (and those specific individuals).  You will be able to navigate situations more effectively, just like my son can navigate his world more effectively.

So when something confuses you, don’t immediately throw it into the “unknowable” pile.  Continue to work at it.

Understanding might not be as far away as you think.