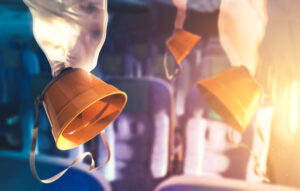 My son’s behavior is determined by how I feel.

That’s one of my big takeaways from the first year of fatherhood.

I’m not talking about his actions.  Those aren’t under my control.  Anyone who has walked into a kitchen filled with a toddler and spilled raisins/walnuts/Cheerios will tell you that.

His behavior, on the other hand, is how I talk about those actions to myself and to others.  And how I frame the impact of those actions.

And that is influenced by me way more than him.

The Lens We Look Through Matters

This idea may seem a bit esoteric and out there.  But it’s pretty simple to see in effect.  Take, for example, feeding time.

His breakfast antics and dinner antics are usually the same…and by that I mean completely random.  Sometimes he eats voraciously.  Sometimes there’s more food on him than in his mouth.  And sometimes the majority of the food is going to be on the floor.

But I’m much more likely to be frustrated with this behavior at dinner.

Because I’m tired and worn-down from the day.

He hasn’t changed.  His actions haven’t changed.  I simply have less capacity at that moment and so the way I view his actions (i.e., describe his behavior) has changed. 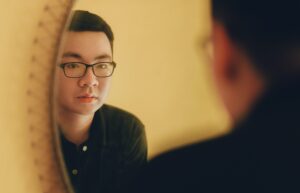 What can we learn from this? (Besides the fact that you might not want to come over to my place during dinnertime.)

We go through our days judging people’s behavior.  We respond to our families, our friends, and our coworkers.  We deal with prospects, clients, and colleagues.  We create opinions on business leaders, politicians, and celebrities.

And in all of these cases, from the barista at Starbucks to your boss, how you judge them starts with your frame of reference, not their actions.

This is backwards from the way we often think.  Our internal monologue usually goes something like, “If they act in this way, then I will feel that way about them.”

But our internal lens matters.  If we go into the interaction with patience and capacity, we give them the benefit of the doubt.  If we’re tired and at the end of our rope, it’s likely that things will go south.

Same actions.  But we tell ourselves a different story.

This doesn’t mean that their specific actions don’t have an impact. But the framework you are going to use to engage with them is determined by you, not them.

You Have the Power to Reset 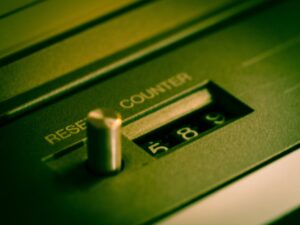 This is exciting, because it means that since you have control over how you feel you can actually influence other’s behavior (at least from your perspective).

Which also means that options that you will have to pick from when you respond.

I worked with a client who was building a business and would get frazzled working with his employees.  When the stress reached a crescendo, I suggested he take the weekend off entrepreneurs rarely take time off).  Instead of planning and strategizing took long naps and watched some sports.

And by Monday, many of his challenges had disappeared.  He had the same team, and they were doing the same things, but he had reset the lens.

He eventually learned that it was valuable to take time off before he got overwhelmed so that he could work with his team more effectively.

That goes for all of my relationships.

And that goes for all of yours.

What do you need to do this week to take care of yourself so that you can serve others?