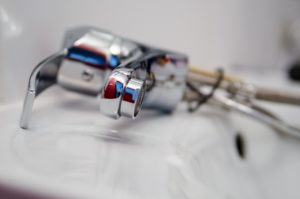 That doesn’t really make me unique, but it’s a skill that I’ve been proud to have in my toolbox over the years.  And yes, it’s also saved me hundreds (if not thousands) of dollars on plumbers over the years.

I can also paint a room well, rewire a light switch, and replace a ceiling fan.  And there are a bunch of other random home repair jobs I can do.

And I didn’t learn them from YouTube.  I learned them because I had to help my dad during what amounted to a totally unwanted apprenticeship as a kid.  Because while other kids were playing on Saturday mornings, for me they were filled with helping Dad fix things.  You see, we had a house with five kids in it and my parents owned a 100-year-old duplex (they had bought it as their first house and rented it out).

Learning at the Knee of the Experts

And that “100-year-old” adjective isn’t being used for hyperbole.  It really was a late 19th-century house.  So as you can imagine, there was always something to work on.

Now let me be clear, looking back I’m grateful for all of the home repair lessons that I absorbed through osmosis.  But at the time, I would have put the emphasis on “had to help my dad”.

Because I certainly wasn’t given a given a choice.   It was just that my dad needed someone to fetch wrenches, paint walls, hold ladders and be an overall lackey.  And as the oldest kid, that fell on me.

But I also didn’t use the word “apprentice” carelessly before.  Even though it was never a stated goal, I picked up a lot about how to fix things.  And I continue to use those skills to this day.

Apprentice at Any Age 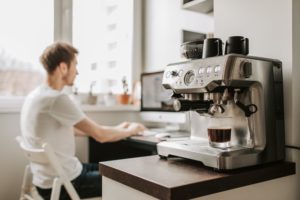 But why do they just have to be for learning a trade?  And why do we think only young people should learn that way?

I think you could approach just about any activity as an apprentice.

When I think of an apprenticeship, it’s rarely glamorous.  I think of time spent doing grunt work and the boring helper tasks that a lot of projects require.  You are observing someone who’s mastered a skill wrestle with a challenge or problem in real time in the wild.

We could have apprenticeships in more than just the technical fields.   Creative and white-collar professionals have internships, but few interns would apply for a job listing that said, “mundane work following around a decision-maker and maybe getting to do a few things.”  But if you want to learn from a master, maybe you should be fetching and getting coffee.

And this takes time.  Not just a week.  That’s a lot different than the current idea of growth hacking and short cuts.  Even though you can get a lot of guidance from watching a video online or reading an article, I would hesitate to call someone a master craftsman who hadn’t been working on the activity for a good long while.

And I’m sure I haven’t said it enough… thanks Dad!