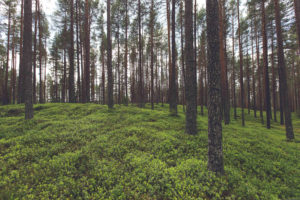 I was in the midst of writing an intense article on how to use crisis as a way to grow when I remembered a simple lesson I learned my senior year of high school.

It has stuck with me and I think it could be useful now and anytime you are feeling stuck in a pit of despair.

At my high school, seniors were able to take an elective for their theology class.  One of my choices was Existentialism (the Jesuits are always up for some interesting discussions).

We read a number of texts that really spoke to my angst as a teenager, including Sartre and Camus.  But one that has really stuck with me was the classic by Viktor Frankl, Man’s Search for Meaning.

It’s not possible to explicate his entire philosophy in a short article, and I recommend reading it if you have some time.  It’s pretty approachable, for a book of philosophy.

But spoiler alert, it’s not always a fun read.  He did, after all, develop his philosophical outlook while a prisoner in the German concentration camps. 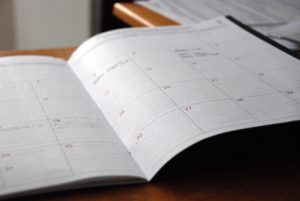 One observation of his stood out to me.  He wrote about the prisoners who pegged their hopes of rescue to a certain day, like Christmas or New Year’s.  They thought that as long as they held out until then, salvation would arrive and everything would be OK.

But invariably the day would come and go without rescue, and those prisoners would become despondent.  They would lose hope.  And each time they tried to create a new goal line, they did so with less belief.  Living in the horrible conditions of the camp without hope left them with little to sustain them, and they would succumb to death.

The prisoners who didn’t have a specific timeline, however, possessed greater psychological resilience.  They had generalized their optimism beyond a certain day.

It wasn’t an antidote for everything, but it created deeper reserves.  This outlook influenced his approach, which centered around developing meaning for life as it actually is.  As he wrote:

“Woe to him who saw no more sense in his life, no aim, no purpose, and therefore no point in carrying on. He was soon lost…  What was really needed was a fundamental change in our attitude toward life. We had to learn ourselves that it did not really matter what we expected from life, but rather what life expected from us.“

Luckily, we’re not facing the horrors of the concentration camp.  But many of us are experiencing stress, fear, and uncertainty in a way that we haven’t before.  We’re stuck at home, without a clear idea of when the pandemic will subside and we’ll be able to move around like we used to.

And so many of us have circled a date in our minds, and said to ourselves or others, “This is bad, but as long as it only goes until April 15th or May 1st or May 27 we’ll be able to get back to work and everything will be better.”

But we don’t really know when it will be safe or what the next phase will look like.

So my suggestion would be to avoid attaching your happiness or emotional stability to a certain day in the future.  It’s a recipe for disappointment.

Instead, find meaning and purpose in the current situation.  Ask what this time is demanding of you.

You can, and should, be optimistic for the future, but don’t expect it to show up on a specific day like an Amazon Prime delivery.  Rather, know that you are working to a better situation in the future, and that it will come when it comes.

And until then, be safe, be kind, and take care of one another.