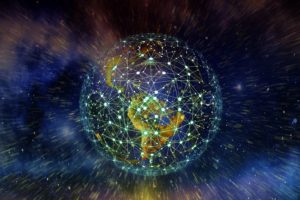 While comparing notes with a friend who also has small children, we stumbled across an important question:

How do we ensure that our children have good taste in music when they grow up?

For two guys who were DJs in former lives, that’s a really important question.  But admittedly, maybe not one of critical importance.

It did lead me to consider the question of what lessons are critically important.  What is important for me to pass along?

What popped up for me seemed so simple, but it’s something that we forget every day.

The power of consequences.

When most of us think about consequences, we think of them as some sort of punishment for bad behavior.  We have to “live with the consequences” of our actions.  But we need to think more broadly than that.

Every action we take has consequences.  Big and little, good and bad, public and unseen.  Humans really are “effect” machines who go around causing things to happen.  (By the way, the Sanskrit word karma in its most un-nuanced form means effect).  Sometimes we do it on purpose, more often by accident, but we always have an effect on the world and the people around us.

The faster that you learn that you have an impact on your surroundings, the faster you start to take care with how you behave.  And it is a learning process.  Small children don’t have the experience or the brain synapses to understand the consequences of their actions, which is why half of parenting is damage control and accident prevention.

But I’ve met too many adults who still manage to forget that the things they do, say, and think will influence their lives and their surroundings.

Interconnection is a Reality 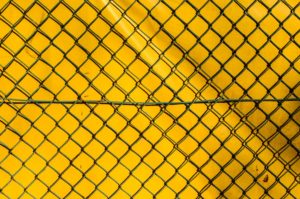 And we don’t see how these effects have further effects…unless we look really hard.  And it continues on in a cycle of cause and effect.

Interconnectedness isn’t just a Buddhist idea.  It’s a reality we live in every day.

We can’t always predict what effects we will cause.  In fact we can rarely predict what impact we have.  But if we keep in mind that there will be consequences, if we at least consider them, we’ll often take different actions.

You’re Creating Your Future You

I once had a sales mentor who said that if I didn’t like my results in a given week, it wasn’t because of what I did that week.  It’s because of what I had or hadn’t done three weeks ago.  For that job, that was the time frame, the cycle, of when I would notice the effects of my work.  So if I wanted to have a good sales week in three weeks, I had to put in the effort today.

Whether or not you’re trying to hit a sales goal this week, you are influencing your future through your actions.  Your efforts today have meaning for today, but even more for the future you’re creating.

That’s what I want to pass on: That all of our actions have an effect.   Those effects enmesh us with the world and with each other.  When we’re aware of and deliberate with our actions, we tend to act with more compassion, kindness, and purpose.

Basically, I want Liam to understand that consequences matter.

And that’s a good thing.