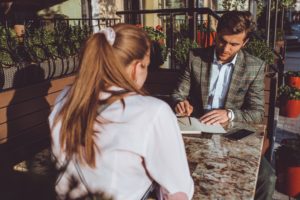 hese days you can find a coach to help you with everything from your golf swing to your marriage to your life. That’s because we’ve realized that we get better faster when there is a detached and knowledgeable observer helping us along.

That certainly applies to sales skills.  If you are a sales manager, director, or VP, it’s important to realize that sales coaching is key to getting better results.  This is especially crucial if you are tasked with getting bigger numbers from a sales team that’s not going to get any bigger,

Unfortunately, though, many sales leaders are horrible at coaching.  But with just a simple shift in approach, you can break out of this stereotype and become a great sales coach. 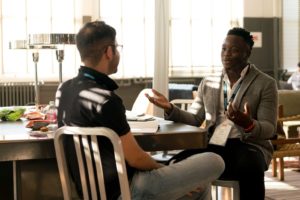 Sales organizations have always paid lip service to the power of coaching.  But mostly it’s fallen on overworked sales managers who are worried more about drumming up activity to hit quota this quarter than long-term team development.

In the past that remained effective because a lot of the work that salespeople did was routine and relatively transactional.  They simply had to follow a process that was something along the lines of: prospect, call, present, close, repeat.

Since it was a simple system, sales leaders only needed to focus on managing it.  They were more like mechanics than coaches, looking for places where a salesperson wasn’t following the process correctly and then applying a fix.

But as selling has become more complex, and technology has replaced routine tasks, the skills necessary for success have evolved.  Now salespeople need soft skills for success, like communication, collaboration, and problem-solving.

And these are skills that are hard to “manage”. But they develop quickly in a coaching environment.

Most Sales Managers Are Awful at Coaching

So coaching is more relevant now than ever.  But there are three facts that combine to make most sales managers horrible coaches:

The result: When a sales manager and sales rep get together it quickly devolves into the manager dictating what the rep should do in the future for success.  And the sales rep nods their head vigorously without internalizing new behaviors or outlooks.

This happens even when a sales manager has good intentions, like asking, “How do you think that sales call went?”  It can quickly turn into an opportunity for the sales manager to tell the rep what they did wrong and how they should act in the future.

And since the sales rep hasn’t really taken ownership of what they did in the past or bought into the future vision activity, there’s very little behavior change.

Coaching is a Conversation 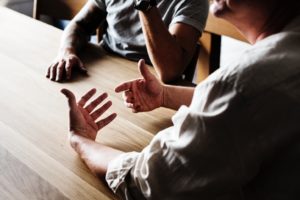 There’s a simple shift that can help sales leaders move beyond these dead-end interactions:

Treat your coaching time as a dialogue and not a monologue.

Good coaching should be a conversation between two people, not a one-way street.  There are times when you should be doing most of the speaking, but coaching meetings aren’t one of them.  Too often sales leaders don’t coach, they manage.  Or they train.  Or they direct.  Or they pontificate.  Basically, they view the coaching role as one that involves them simply telling their coachee what to do.

But good coaching, at its core, is about helping a person to clarify the goals, recognize their challenges, and take ownership of the steps necessary to move forward.

The coachee does the work.  The coach is simple an external catalyst and conduit.  And that comes from a conversation where the salesperson is fully-invested as a partner in their coaching process.

Without that, your coaching conversations fall flat.  And soon they stop happening because no one enjoys them and they really don’t create any real change. 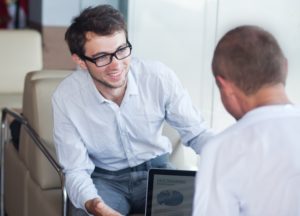 A big part of moving the conversation forward is the judicious use of questions.  Here are three questions you can use to start a coaching conversation with your salesperson.  Find one that fits with your personality and try it out.

1. If you had to guess, what you think would be a good step forward?

A lot of times people know the right “answer”.  They know what they should do, they know what to say, et cetera.  But they’ll often avoid it because it might require work or discomfort.  Or maybe they think it’s a crazy idea and they don’t have the confidence to act. Your job is to get them out of their own way by removing the fear of getting it wrong.

2 I have an idea for that situation, but what would you do?

This is another way of taking that pressure off.  You will have ideas for your coachee.  You’re the coach because of your skill, experience, and capabilities.  It would be easy for you to swoop in.  But don’t.  When you let them know that you have an answer, do it in a way that lets them know there’s a safety net if they do get stuck.  But you want them to take the first steps.

3. How is that working out for you?

This is one of my favorites.  But it’s important to remember that the tone you use is important. We’re not trying to belittle their previous actions. It’s a great question to make them dispassionately evaluate the effects of their previous actions and behaviors.  That’s how you get them looking at what’s working, and what’s not.

This is how you can keep a conversation going.  This is especially valuable when a salesperson hasn’t quite hit the core of their challenge or opportunity.  By asking this (sometimes a few times) you can help them take that final leap. As a coach, you can often see the connection that they can’t because you are one step removed.  But if you just offer them the answer, they don’t get to take ownership.  And then you haven’t really created a change that will take root.

There are many different styles and many different components of good coaching.  But these questions give you an entry point.  Pick one and see how works for you.

As long as you keep in mind that your goal is to create a conversation that facilitates their growth, you’ll be a great coach!