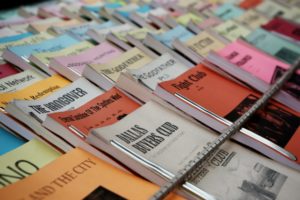 “If you want to be a successful Sales Sherpa™, you have to be comfortable using sales scripts.”

That statement might sound counter-intuitive considering the modern sales environment is increasingly complex, information-saturated, and every-changing.

But that complexity in fact drives the value of sales scripts.  You shouldn’t be “winging it” constantly.  Scripting parts of your sales process allows you to engage more meaningfully with your prospects and customers.

Instead of spending your time trying to figure out what to say, you’ll spend it focusing on the person you’re talking to.

When talking about scripting their sales conversations, a lot of salespeople feel their force fields go up.  They don’t want to sound stilted and fake. But that resistance stems more from misunderstanding than the actual sales scripts.  They are your friend if you use them correctly.

I’ve found that people are resistant to sales scripts for a few reasons:

1. They aren’t taught the right way to use them so they feel that they just have to be a robot and read it.

2. They are afraid that they can’t be themselves.

3. Very few salespeople will admit it, but it’s not fun to put in the work to learn the script.

Moving from Transactions to True Conversations 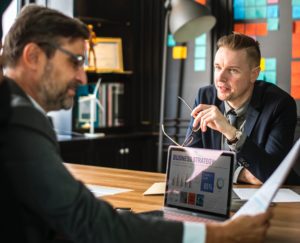 So how do sales scripts work in a sales conversation that’s relational instead of transactional?

Most sales processes follow a very transactional model.  That’s why they can feel robotic. It’s a very linear process with little wiggle-room or creativity needed or even allowed.

But here’s the thing.  Technology is taking over the sales scenarios that are transaction-based.  The modern salesperson has to be more than just an order-taker.  That’s why they need sales scripts.

But I’m not talking about linear sales scripts.  They need to be able to follow wherever the prospect wants to go in the conversation.

Let’s use the Sales Sherpa metaphor.   If you’re going up a mountain then you know what the goal is: the mountaintop. And if you’re smart, you have a map that shows the best route up the mountain.  You aren’t going to just show up and start climbing.  You are going to sketch out the best path up the hill.

You’ll also want to be flexible as you follow your map. If there’s a new hole in the ground, you’ll go around it.  If a shortcut opens up, you’ll take it.  You start with that map, and then act in the moment to adjust to new situations.

Sales Scripts Are Maps for a Mercurial World

Ideally, sales scripts allow you to create word tracks that map out your conversation.  Then you can roll with the different scenarios that arise throughout that conversation.  And you can do so with confidence and competence because you have a map to start with.

In the same way, sales scripts shouldn’t be written in stone.  Rather, they should flexible and contextual maps that direct your conversations. You don’t have to re-invent what you say for every conversation.  You don’t need to show up and just wing it.

So here are a few things to keep in mind while you script your sales conversations. 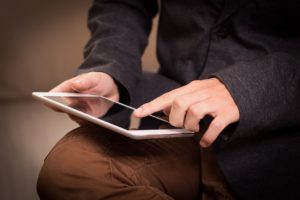 Look at every conversation point you have with a prospect and map that out. Script you phone call and the different parts of your sales presentation. Map out how you’re doing your follow-up, how you’re asking for referrals, etc.

A lot of sales people struggle with the scripting because it can be boring.  You have to sit down and study.  Until you can find a way to zap it directly into your brain, though, it’s worth putting in the time.

Keep it contextual.  Don’t blindly go through your scripts.  Instead use them as that map that allows you to respond more effectively in the moment to the people you’re engaged with.

And when you have this toolbox of sales scripts that you can reference during your sales engagements, you’ll find that your conversations are more effective.  You’ll be more confident, and you’ll communicate with more clarity.  Your prospects will respond because you’ll be able to focus on the human connection, and because you won’t be wasting their time.

Lots of good things will start to happen when your scripts guide your sales activities.