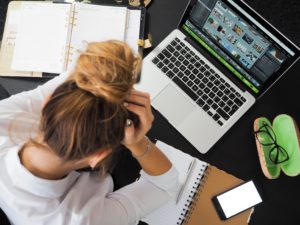 An early mentor once described sales as a “transfer of confidence from you to your potential client”.

So what should you do when you can’t find your confidence?  Even worse, what if deep down you think that you’re a fraud and that everyone is just about to figure that out?

At its core, impostor syndrome reflects a lack of confidence in yourself and your abilities.  It’s the impulse to look at our inadequacies and failures as the defining feature of us, even in the face of evidence to the contrary.

It’s important to understand that all of us have doubts and fears about our capabilities, but what happens when those get out of hand?  Have you:

Then you’ve felt the effects of imposter syndrome.  If you are consistently afraid of being found out as a fraud or that you don’t deserve the success you have

Imposter Syndrome in Your Prospects

Salespeople don’t have a monopoly on feeling like a fraud.  It’s likely that you will run into prospects that have these fears and doubts about their own performance.  This is especially challenging because it prevents them from moving forward and take action.  In other words, it prevents them from buying from you.

Imposter Syndrome can keep your prospects from buying from you.

It’s not always easy to distinguish legitimate objections and negotiations from the effects of poor-self confidence in your contacts.  But there are clues that you can pay attention to.  In the normal course of your sales cycle, there will be ups and downs in your relationship with your prospect.  But when things get stuck for no reason, it’s possible that they are dealing with the very human experience of not having confidence in themselves.

This is especially possible if:

Help Prospects Through Their Fears 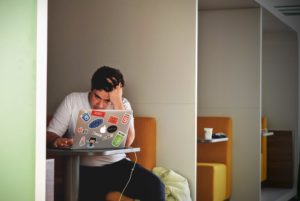 In these situations, it helps to take a step back and do a quick analysis of the person making the decision.  You don’t have to be a psychologist for them, but correctly identifying what’s preventing them from action can go a long way.  Not every prospect who exhibits these behaviors is going to be dealing with imposter syndrome.   But when they are, there are some simple steps you can take to help move things forward.

“I know that you want to make the best decision for your department here, I get it.  What are the biggest things you are looking to avoid?  Let’s look at some ways to make sure that doesn’t happen.”

“After our last conversation, it sounded like you wanted to go with Option A.  I think that will work well, it should be similar to what we did with the Smith campaign last year.”

“There are a number of good ways we could go, and you’re perfectly suited to decide which way to go.  But let’s make sure that we don’t get stuck doing what you have been doing in the past – because then you are going to have the same problems.”

How You Can Manage Your Imposter Syndrome

It’s challenging enough when you are dealing with imposter syndrome in your prospects and customers.  But it can be downright destructive when it creeps into your psyche.  Sales success rests on creating forward momentum and activity that when you get stuck, it’s easy to watch all of your hard work unravel. 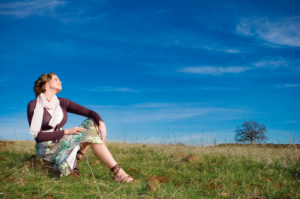 You might have heard phrase “analysis paralysis” in your career.  There are many different forms, but over-analyzing your ability to succeed, and whether you deserve success in the first place, is one of the most insidious.  So how do you keep yourself from feeling like a fraud?

Learn your craft and your offering

It might sound basic, but one of the ways of moving past a fear of not being worthy is to put the effort in.  You don’t have to read every single sales book and every single bit of information on what you sell.  But if you put some focused attention on building your skills and knowledge, you’ll feel a lot more confident when you walk into a meeting.

What evidence of your past success speaks to you?  They could be the sales awards lining your wall, testimonials from your customers, or a note from your sister congratulating you on your new job.  Whatever material resonates with you, gather it together and have it accessible when the doubts get really loud.

Release the need for perfection

No top salesperson has a 100% close rate.  You aren’t going to get every sale and close every opportunity.  That doesn’t make you a fraud.  When you understand that you don’t have to be perfect, you can get back to taking action.

It sounds a little “touchy-feely”, but one of the most powerful ways to get yourself out of your own head is to focus on other people.  When you are feeling stuck, think about the things that are going well. You can even write out a short list of what you can be grateful for, or even write someone a quick email saying thank you.  This is often enough to get unstuck and moving forward.

Engage with a mentor

A mentor can help by providing you with perspective.  When you are feeling like an imposter, it’s very useful for another person to step in and show you where your thinking has gone wrong.  They can point out the strengths you do have…and how to leverage them.

These are a few places to start, but the most important step is to re-frame how you are viewing success and failure in your mind.  When you do that, you’ll realize that you aren’t an imposter.  You deserve to be where you are.  And that you have the skills and capabilities to help your customers and be successful.

A version of this article first appeared on Hubspot’s Sales Blog.