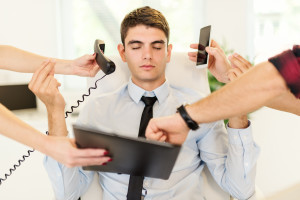 It sounds either obvious or insulting, but the way you approach your networking should vary based on your age.  An experienced business veteran of 40 years shouldn’t create and build relationships like a 22-year-old college grad.

So when looking at how those under 30, and especially under 25, approach networking, we have to be clear about the opportunities and obstacles they face.  The business environment, the world they’ve grown up in, and the fact that they are at the beginning of your career create a unique combination.

On the whole, when you are at the beginning of your career, you have more flexibility and freedom.  You have more capacity to reach out to new people and create new relationships.  That’s because you don’t have an existing network to maintain.  Conversely, though, you don’t necessarily have ready access to many opportunities.  That means you will have to put time and energy into finding and building those bridges.

We also don’t know the long-term effects of technology on and how we use it to interact.  You are the first generation to grow up with widespread internet access, social media sites, and ubiquitous mobile phone usage.  Even if there’s debate on the specifics of their impact, it’s hard to ignore that these factors have influenced and molded your approach to your life and your career.

Networking as a Relational Process

When we talk about networking, and how to get value from your network, we have to keep this context in mind.  We have to acknowledge the power of technology.  All the while we also need to keep in mind the inherently human-to-human nature of networking.

If you are just starting out, you need to move beyond the idea of passing out business cards or accumulating a huge number of friends on Facebook as your definition of “networking”.  The key is to approach networking as a relational process, not just a transactional one.  The point is to reach out to new people and then use all of your online and offline tools to create and nurture those relationships. Your network should consist of a broad landscape of connections with information flowing between the individuals within it.

For example, having a large number of online connections can be helpful.  Consider those 1,000+ Facebook friends you have. It’s quite possible that many of them will only be loosely connected to you.  In Networking in the 21st Century, I look at the power of “weak” connections as described by sociologist Mark Granovetter. His definition of a weak connection is someone you see only occasionally – less than once a week but more than once a year.  Sounds exactly like most of your Facebook friends. 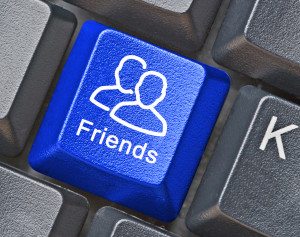 Even though you don’t have close emotional ties with weak connections, they are a huge source of opportunity. They spend time in different spheres of influence which means they have access to new and different information. You don’t have to be BFFs to leverage your networking relationships, but you need to have some ongoing interaction.

Research by anthropologist Robin Dunbar shows that the average person can only maintain a strong relationship with 148 people.  So know that your larger online networks are useful for creating opportunities for engagement, but also that if you do want to leverage some of these relationships, you are going to have to put some extra effort in.

If you were born after 1980 you are considered a digital native and grew up with digital technology integrated into your daily life (such as computers and the internet). Technology has broadened your world in a way unknown to your parents and grandparents.

But being savvy with technology doesn’t make you a seasoned relationship-builder. When I look at generational differences in using technology in Networking in the 21st Century…for Millennials, I point out that young professionals are very comfortable with using technology for interacting.  However, they don’t always understand the nuances of communication in a business context.

This can show up in messages that are inappropriate or ineffective.  Whether it’s a lack of awareness of intra-department politics, making incorrect assumptions about someone’s motivations, or complaining in the wrong medium, this inexperience can create career challenges.

This is further complicated by the fact that Millennials have grown up in an environment with “screens” everywhere, which means there are less opportunities for direct interaction.  Developing interpersonal social skills are critical, and you will need to find new ways to practice those very skills if you want to be successful. 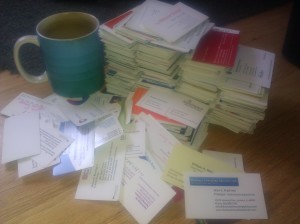 In the past, professionals started from a core of close contacts.  They would work to reach out and build up their Rolodex (if you don’t know what that is, ask your parents) over the course of their career.  With technology and a global village, you already have a huge network.  You will face the challenge of continually sifting through these large numbers to find the valuable relationships.

Also, the tension between weak connections and our natural inclination to maintain a small group of relationships hasn’t disappeared.  Technology helps, but it won’t replace the basic human needs of interaction.  Good networking is a two-way street.  An important ingredient of networking is the mutuality in the relationship, which takes time and attention.  You are going to ask your connections to help you, and you want to find ways to be of service to them.  The key is finding a balance between having a large number of contacts and being able to engage them efficiently.

In the end, you need to be able to leverage these professional relationships.  Good networking revolves around creating solutions for everyone’s business needs.  The end goal is to see everyone improve their situations, whether that means finding new jobs, new clients, or new partnerships.  It’s not about manipulating or simply using others to get ahead.

It is a two-way way street that should benefit both parties.  A good network will give you access to the resources, information, and opportunities that you need to be successful.  There’s an important difference between networking and socializing.  You have to be deliberate and focused. There’s a reason it’s call netWORKing.