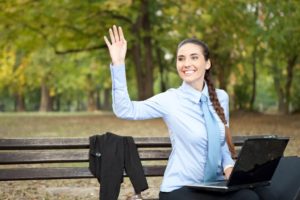 I’ve been showing people how to leverage LinkedIn for over a decade.  And one of the most consistently maligned pieces of functionality has been the job anniversary notification.  Over and over I hear some form of, “Why is LinkedIn gumming up my feed?  Why should I care if Bill Jones has been at Company XYZ for 6 years?  Does “liking” that really mean anything?”

Well, yes it does.

The Science of Online Small Talk

To explain the value of liking job anniversaries, we have to look at something else that people don’t really enjoy: small talk.

It’s easy to bash small talk.  We think that it’s an awkward and superficial conversation with people we don’t know well.  It’s something we try to avoid.  I’m not trying to sell you on sticking to nothing but small talk with people, but there are some powerful effects of small talk we need to be aware of.

When linguistic experts look at how people interact with each other, they often look at something called phatic communication.  It’s defined as verbal or non-verbal communication that has a social function as opposed to a content function.  It’s communication that’s not meant to convey information, but rather to show that the lines of communication are open.  It reinforces the social bond between two people.

Hyper-connected selling relies on creating stronger human connections.  So using LinkedIn for phatic communication allows us to build relationships more easily and efficiently.  With just a few minutes and your smartphone or laptop you can strengthen your relationship with any of your contacts.

One of the complaints about social media is that a lot of the interaction is shallow and therefore a waste of time.  But you can use that to your advantage.  Just because there isn’t a lot of depth in every post doesn’t mean that those posts aren’t meaningful.  A lot of them have a social function separate from their actual content.

“Liking” a job anniversary on LinkedIn is just one example of how this phatic communication can play out online.  Even liking or commenting on a post has a phatic effect. You’re showing that you are engaged in the relationship and that the lines of communication are open.  The other person might not take you up on it right then, but they know it’s available.

It’s like waving to a friend when they come into the conference room for a meeting.  They might not start a conversation with you right away, but they know they can later on.  Imagine what would happen if they walked in the room and you ignored them.  That would close off the possibility of interaction.

Commenting on New Jobs and Promotions 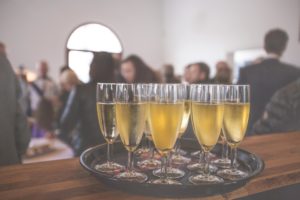 The same logic applies to using the news that one of your connections moved into a new role, whether at their existing employer or somewhere new entirely.

This is especially common because of the upheaval in the job market.  Whether you call it the Great Resignation, the Great Reshuffle, or something else, there are a lot of people in new jobs.

If you were having a conversation with someone in the offline world, and they shared the news that they were in a new role, you’d share some congratulations.  It wouldn’t have to be a big to-do, but you’d say, “Congrats!  That’s exciting!”  Take that same approach on LinkedIn.  It’s a little deposit in the social capital account between you and that person.

You don’t have to engage in a full conversation, but the fact that you noticed makes them feel good and will make any future interactions that much more meaningful.  Moving into a new position is a big deal for us, and it is for your connections as well.  Take a moment to notice their career movement.

Use LinkedIn to Reinforce Your Social Relationships

This doesn’t mean that you have to go on a bender and push like on everything you see.  But don’t dismiss the power of reaching out to your contacts online and reinforcing the relationship.  Even if it doesn’t lead to a conversation right then and there, you’re poised to have a better conversation down the line.

Social media is there to help you be social if you are ready to use it.