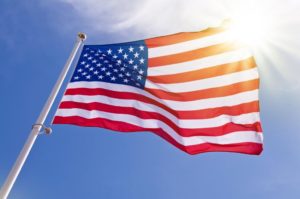 Tomorrow is election day here in the U.S.  It’s the finale of an exhausting, frustrating, and sometimes bafflingly-stupid election cycle that has gone on too long.

Don’t worry.  Besides reminding you to vote, I’m not going to talk politics.

But I am going to shine a light on the foolishness of thinking your candidate is going to magically make your life better.  Some people are going to be happy when the ballots are tallied, some are going to be upset, but all of us are going to get up on Wednesday, and go about the business of living our lives.

Humans seem to be wired to think that there is a certain “something” that will make things better for us, if we can just get it.  It might be a certain president, a certain job, a certain new client.  When that clicks into place, we’ll have it made (or so we think).

For example, with music groups back in the day, the goal was always to “get signed”. If you got a major label contract, then the big bucks and fame were yours.  Of course, that was rarely the case.

Back in college, I remember going to a show in Milwaukee with a great funk band called Citizen King.  Halfway through the show, they announced that they had just gotten signed to a label.  They had made it!  A year later they had a single out with some airplay (the catchy “Better Days”) and a year after that…well, I don’t know, because they disappeared.  I hope the guys are still out there making music somewhere.

Don’t put your trust in some outside event to come and make your life right.  That’s your job.  So root for your candidate, and go out and vote.  But know the final responsibility for your life is yours alone.