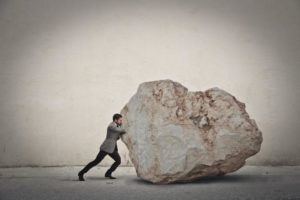 I was having a conversation with a sales manager about how to train and develop his salespeople.  After mapping out an effective curriculum, he paused and asked, “This is great for the motivated ones, but what about the people that are just lazy?”

It’s an interesting question.  But in the end, I think it’s the wrong one.  I have yet to meet a person who is genuinely lazy: someone who has laziness as an inherent part of their personality.  I have, however, met many, many individuals who exhibit lazy behaviors.  Laziness is a symptom, not a disease.  I’ve found there are three reasons why someone will act lazily:

1. Fear of the Unknown

Engaging in a new activity leads to new outcomes.  When we don’t know how those outcomes will affect us, we hesitate.  Even if we think the change will have some benefit, but we aren’t sure, it’s easier to take the path of least resistance.  This leads to personal inertia

If we don’t know how to accomplish a task, it’s easier to not even attempt it.  This is commonly found in the business world  Why stumble around on a sales call when you don’t know what to say?  Just don’t make the call and your problem is solved.

3. No Compelling Reason to Act

An unfinished project would be finished immediately if there was suddenly a huge, tangible reward.  If you gave a salesperson $1,000 check for every conversation they had with a prospect, they’d pick up the phone a lot more.

Diagnose and Treat the Cause, Not the Symptom

When faced with managing a “lazy” person, then, the most important part of the process is diagnosing the real cause of inaction.  It’s important to identify which of these three reasons is most prevalent. It’s common for sales managers to assume that the trick is simply to look at #3, and try to find a reason to act that is massively compelling.  That doesn’t always work, though, because fear and emotion can be incredibly paralyzing and can resist even the best sales contests and bonus payouts.

In many ways, the most important role that a sales manager plays is detective.  This is the true job of a leader or manager: finding out why people aren’t taking action.  Often, people are unaware of what is truly blocking them, which makes it challenging remedy the situation. Once the real problems are known, it’s possible to create an action plan that gets to the heart of what’s causing the lazy behavior:

If there is a fear of the unknown, help to define possible outcomes.  Although the future can never be fully known, it’s often enough to dispel worst-case scenarios to create movement.  At the same time, positive visions of the future can help.  Change is scary for most people.  While you can’t give your people complete security, you can metaphorically “hold their hand” and show them that there’s nothing to worry about. 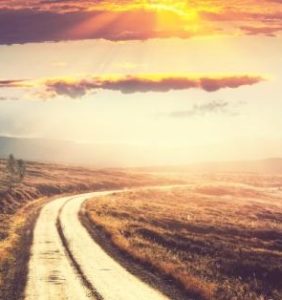 If a lack of competence is leading to inaction, develop that competence.  Provide training and direction on the skills necessary for success.  You can create opportunities to practice and role-play, give access to books and other necessary materials, or send people to conferences and seminars.  The more comfortable someone is in performing a task or activity, the more likely they are to engage in it.

Most importantly, create rewards and reasons to act.  Don’t get trapped by thinking these have to be financial.  Money as a reward often falls flat – if that wasn’t the case it would be easy to spur action by offering more money.  We get stuck on financial rewards because they’re easy.  Spend time with the people in your organization and you’ll find what really makes them move.  It could be the desire for personal and professional growth, the desire to help the team and be part of something bigger, or the desire to feel appreciated.  These are all powerful motivators to tap into.

“Laziness” is an easy scapegoat. What’s really lazy is when leadership calls someone on their team “lazy” and writes them off.  With a little attention and conversation, though, it’s possible to get past the superficial symptoms to the true challenges.  Then you can create real, and long-lasting  solutions.