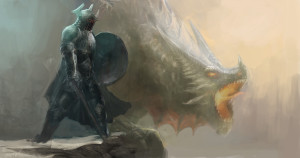 “Should I put my weekly Dungeons & Dragons group on my LinkedIn profile?

That question came up in a workshop I was running for a sales team at a large business technology firm.  We had been discussing the creation of an authentic personal brand online by bringing the human element into the LinkedIn profile.

People want to connect with other people online, not brands or companies, so it makes sense to humanize yourself beyond just your resume bullet points.

Look at Your Message from the Receiver’s Perspective

So the D&D question came up. After the chuckles from his co-workers subsided, I pondered his question.  It was legitimate.  He wanted to be authentic with who he was and what he enjoyed.  And one of the things that he enjoyed outside of work was getting together with his friends for some role-playing games on a Friday night.  There’s nothing wrong with that.

After confiding with the group (and the interwebs right now) that I used to play D&D as well, I pointed out that he might not want to add it to his profile.

But it’s not because he should be embarrassed about it.

Here’s the thing, even though the rise of geek culture means that a lot of gaming has gone mainstream (if you don’t believe me, go to ComicCon), the initial perception for many is that it’s still the land of the socially awkward nerd.  Even if that’s not true, we have to be aware of the messages we send when we make a first impression. 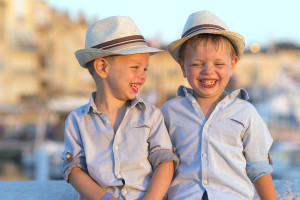 Human beings are wired to look for unifying connections between us and others.  The research shows that we look at the characteristics of someone we meet and then decide if they are like us or not.  It could be based on hobbies and extracurricular activities, but it could also be based on religion, politics, or really anything else.

It’s the basis for any group identification, and it gets established early in a relationship with a new person.  We look for a reason to like or dislike them, and then we extrapolate everything else about them on our initial feeling.  If we identify with them, we lean towards the positive.  If we think that they aren’t like us, the “halo effect” that we create around them skews negative.

So it’s important in our online presence to give our reader the opportunity to “opt-in” to us and find a positive connection.  It doesn’t mean that you should be fake or make something up.  But it does mean that you should look at all of the facets of who you are and share the aspects that allow someone to see the similarities between you.

When a reader comes to your profile, there’s a good chance that they know almost nothing about you (unless you’ve already built an offline connection).  They are going to create a mental story about you based on what they read.

When your LinkedIn profile contains only your professional background, there is nothing to humanize you.  When you share information that straddles the personal and professional, it gives them the chance to create a fuller picture.  And that impression is going to stick.

Even though your profile isn’t your complete autobiography, it’s all they have to create that impression.  (That’s why this is your personal brand – it’s the same process that we use when thinking about companies and products).  It’s very hard to change their initial conception.  If the only non-work context they see is your involvement in a political party, your membership in an earth-friendly co-op, or a verse from a religious text, that connection will become fixed in their mind.

Your Attempt to Create Unity Could Backfire

It’s why I caution people about sharing overly assertive religious (or political) content on their profiles.  Yes, you might feel that it’s an important part of who you are and that it allows people who share a similar perspective to connect with you.  But it can also distance those with different views who would have otherwise formed a positive opinion of you.

The modern world is highly interconnected, and the people we regularly engage with for business have a range of ideas and perspectives.  Long gone are the insular days when we spent our time only interacting with people whose life experiences and worldviews closely mirrored out own.  It’s valuable to allow others to feel comfortable building a relationship with us; we don’t want to give them a reason to move on to someone else.

For example, there are people in my professional sphere who have very different social, religious, and political views than me and we get along just fine.  But I got to know them as a complex, nuanced individual first.  If their online presence had “led” with their religious or political affiliation, I might not have been as comfortable to connect with them.  I’m human too, and even though I know that the “halo effect” isn’t necessarily relevant, I could have created initial impressions that prevented relationships from forming. 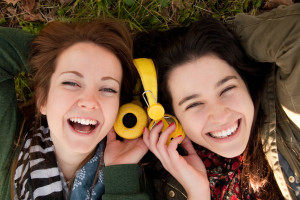 This doesn’t mean that you avoid these topics completely.  Politics, religion, philosophy, hobbies…these are all the things that add depth and meaning to who we are as individuals.  Keep in mind, though, that when someone is encountering you (and your message) for the first time through a digital medium, they are only getting a small slice of who you are.  The goal of your personal brand should be to encourage others to engage, not push them away.

Take a cue from your in-person interactions.  When you meet someone for the first time, you rarely blurt out a list of your religious and political views (well, I hope you don’t).  You intuitively know that there is a time and place.  While the interactions have gone online, the concept hasn’t changed.  Context is important.

So in response to the question about Dungeons & Dragons, I cautioned that the snickers in the room from his colleagues meant that there were probably other directions to go on the LinkedIn profile.  His clients and prospects might also snicker, and that’s not a good way to start a business relationships.  There are other places that he could add this content and have these conversations.

In the end, don’t hide who you are as a person from your professional network, but remember that context is important.  Just like our offline relationships, find the appropriate time to share.