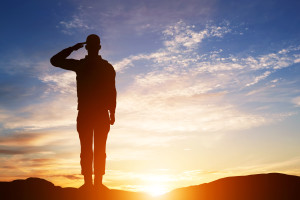 It’s Memorial Day in the U.S., the day we acknowledge and honor our servicemen and women who have made the ultimate sacrifice to protect the country.  And later in the year we’ll also have Veterans Day to honor those still soldiers still living, I think it’s important to remember those who paid a price for others.  It could have been separation from their loved ones, physical or emotional injury, or the ultimate sacrifice.  But many have given much to safeguard the ideals that we hold in high regard.  It’s fitting to acknowledge them – and to remember those who sacrificed in the past.

It is called Memorial Day for a reason.  Us humans are notoriously forgetful.  It’s easy to lose sight of those who have defended the country when it was called for.  So this is my thank you to those who have spent a little or a lot of their time in uniform. (Including my brother Danny who served in the US Marine Corps in both Iraq and Afghanistan.)

But I have a challenge to everyone who thinks that memorializing our veterans is about waving a flag and shouting ‘Murica!  Those that have defended the country from threats “foreign and domestic” didn’t do so to allow us to become complacent and lazy.  The essential core of a democracy is informed citizen involvement in the government.

That seems to have gone by the wayside.  True patriotism isn’t measured by how much red, white, and blue you wear.  It isn’t measured by how well you can parrot the latest diatribe you heard on your preferred cable news channel.  It’s the focused effort of becoming a better citizen everyday, and thereby improving the country you live in.

All of Us Can Be Inner Warriors 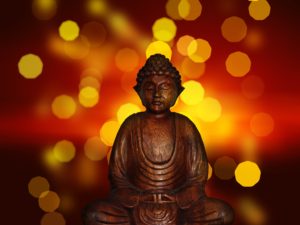 In thinking of the warriors that have protected our country, I’m reminded that almost every spiritual tradition uses the metaphor of the warrior to talk about personal and spiritual growth.  The Christian knights of old, the Japanese samurai, Kung Fu monks, Native American shamans…they were all called to be spiritual soldiers.

It was about the journey to get better and to face down personal demons.  The end goal they put forth: to work towards a better world for you and those around you.  (Think about it, there’s a reason that a number of yoga poses are called Warrior.)

It strikes me that the best way to become a better citizen and honor the warriors that have fought for the country is to remind ourselves to be inner warriors.  The better we become as individuals, the better we become as citizens – both of the country and the world.  Albert Einstein once said that problems can’t be solved at the same level that they were created.  We can’t solve the problems of our country and our world if we don’t first improve as humans.

If you want to honor and thank the soldiers that you know, work to create a better world so we don’t have to ask our children and our children’s children to make the same sacrifices.