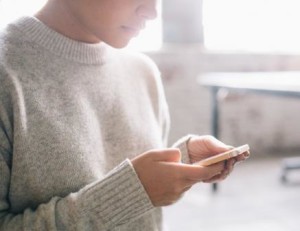 “Are different demographic groups better (or worse) than others at networking?”

That was a question that was lobbed at me after a recent keynote on networking.  OK, the actual question was, “Don’t Millennials and other young professionals have an advantage in networking these days because they are so used to technology?”  The person who asked it really wanted to validate her fears and concerns that because she wasn’t young, and wasn’t comfortable with technology, that her struggles with networking weren’t her fault and she should just give up.

It was a valid question, but there isn’t a simple answer.  I didn’t let her off the hook, though, because being comfortable with technology is just a small piece of the networking puzzle.  Different generations have distinct networking needs and will approach their relationship-building in diverse ways.  If you are a 30-year career veteran, you are going to navigate your network much differently than a recent college graduate.

Most people think that everybody else either has it easier than they do. That’s a pretty normal human reaction.  For example, like the question-asker at my workshop, I commonly hear that Millennials have a distinct advantage right now because they are digital natives and understand online networking more intuitively.  Things like Twitter, LinkedIn, and Instagram come to them naturally. So obviously, they are going to get the most out of their networking.

Each generation joins the workforce within a larger context that is unique to them.

At the same time, though, they are working with a lot less experience in professional relationship-building and business interactions.  I often find that younger professionals are the most hesitant to engage with their professional network online because they aren’t familiar with the protocols and etiquettes they should be following.  Someone who has been working for a few decades does have that background in what does and doesn’t work.  So if you aren’t a Millennial, you have a different perspective to using technology for networking and can bring to bear your unique skills and experience.

Each generation joins the workforce within a larger context that is unique to them.  Millennials who entered the workforce grew up in a different environment than previous generations with different pressures and different foci.  It’s irrelevant whether it’s better or worse, it’s just different.