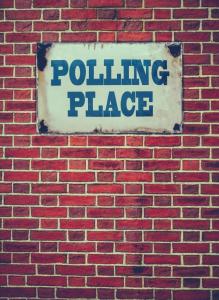 Like many Americans, I watched the reporting on Scotland’s independence referendum last week with fascination.  What fascinated me, though, was how close the election was.  With a final vote tally of approximately 55%/45%, the decision to stay in the UK was hardly a landslide (although David Cameron, in a post right here on LinkedIn, said that the results were “clear”.  Clear, yes, but hardly a mandate – you have to love how politicians spin things).

There wasn’t an overwhelmingly answer to the question of whether Scotland should remain part of the larger entity or go its own way.  The response was decidedly mixed.  There wasn’t a strong enthusiasm for Union, and there wasn’t a powerful response for Independence.

This ambivalent attitude has affected many things lately around the world, from politics to economics to culture.  I see it in what’s happening in the employee/employer dynamic here in the U.S.  Individuals used to have a stable working relationship with the company that they worked with, but now it’s just as likely for them to bounce around.

In fact, for most of the 20th century, it was expected that individuals would have a single employer for their entire career.  Maybe two.  And it was likely that the employer would be a large organization, like a Fortune 500 company or a government agency.  The individual didn’t have a lot of independence, but that was fine because they had “job security” and stability.

The security and stability has eroded from the employer side with downsizing and offshoring, and we’ve seen the same response from employees.  According to the Bureau of Labor Statistics, Americans between 18-44 between 1978 and 2008 held 11 jobs.  So there’s a lot of movement on both sides.

In the course of this, the value of (and confidence in) working for someone else has eroded, but has every employee decided to become an entrepreneur?  Hardly.  The situation is decidedly ambivalent.   As in Scotland’s view on remaining in the UK, the average person in the US sees good and bad in working for someone else.  While there might not be a lot of security and stability with a large company, it can still be more stable than hanging a shingle and working for yourself.  But there are also powerful incentives to do just that – like freedom, control, and ownership.   We’re seeing a rise in entrepreneurship, solopreneurship, and freelancing; while it used to be marginalized, now it’s mainstream.

To be the one who is deciding your future, you need to have the skills that are in demand

It’s also common to individuals bounce between different employment situations.  They might be an employee until they are downsized, after which they open their own consulting firm.  And then they end up being hired as an employee by their largest client.  You might have seen the effects of this ambivalence in your own career or someone in your network.  The ideal work scenario isn’t as clear as it once was for most people these days.

To make sure that you continue to be the one who is deciding your future, you have to ensure that you have the skills and abilities that are in demand – the ones that will allow you to make the choice whether to go or stay.  No matter what your “employment structure”, the more valuable you are, the more control you will have.  Become as competent and skillful as you can, not just in your technical knowledge, but in the general communication and people skills that often drive professional success.

This article originally appeared on LinkedIn.com.  You can read it here.