“Don’t wrestle with a pig. You both get dirty and the pig enjoys it.” – Mark Twain 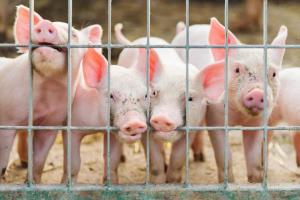 I was talking with my massage therapist the other day, and as often happens, our conversation turned toward business development.   At one point (right when she was working on the knot in my right shoulder), she shares, “Someone in my networking is bad-mouthing me, and I don’t know what to do!”

This is a big problem for her, because as a solo practitioner, she gets all of her clients on her own.  She has built up a robust business solely on relationships in our community – both through client referrals and from the recommendations of various centers of influence (like doctors and yoga teachers).  Her question highlights a very real concern, especially for entrepreneurs and small business owners who see networking as the lifeblood of their business.

How to Handle Toxicity in Your Network

As she found, the challenge with a well-connected world is that sometimes people don’t play very nice.  It may be because of something she did; but often it’s just because some people need attention, or had a bad day, or didn’t get enough hugs when they were growing up.  And that’s what’s happening in this case, my massage therapist provides a very high-level of service; it’s just that this one person is unhappy for some reason, and has nothing better to do then spread around incorrect information.

So what should she do?

Well, what would you do?  An inherent risk of networking is that we are putting our opportunities for success into other people’s hands.  We are giving up a bit of control.  So we’re exposed and our first impulse in the face of danger is to react. Whether it’s to lash back at the perpetrator or cry because no one loves us, we want to respond. It’s a natural reaction… and one that isn’t going to help you in this situation.  It’s totally understandable for you to get irritated, upset, hurt, or angry when there’s negative chatter in your network about you.  But acting on those emotions isn’t going to get you anywhere.

So what should you do?

Nothing. Nine times out of ten it will go away. Sure, you think it’s a big deal, but most of the world doesn’t. I know that you want me to give you permission to go on a rampage and blast your accuser, but it just doesn’t pay.  We all know the person who is an inveterate whiner, or is always negative, or is the drama queen.  When those people complain, it doesn’t usually have much effect… because everyone else knows they tend towards negativity (and therefore don’t have a lot of credibility).  Just like children calling you names in grade school, when you don’t engage, the problem disappears.  So the negative talk in your network is going to go away faster if you don’t give it any fuel.

If you really want something to do in this situation, run an internal audit.  That means, do a “check-up from the neck-up”.  Does the person who is griping have a legitimate complaint?  Did you make a mistake?  Don’t worry about Yelp, use this opportunity to give yourself a review.  If there is something that needs to be fixed – go fix it.  If not, don’t worry.

Don't stop networking just because of one bad egg - ignore it and move on! Click to Tweet

Simply continue to build positive relationships with the contacts in your network.   Reach out to your centers of influence and see what is going on in their work lives and how you can help them.  Tell them about exciting things that you are working on.  Don’t try to combat the negative opinions, just keep putting the benefits of what you do out into your network.  And don’t stop networking just because of one bad egg.  In the long run, you’ll get much more from good from your networking efforts than bad.

And be sure that you don’t talk smack about anyone else!