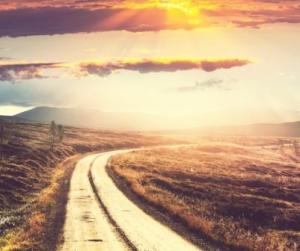 There’s a common thought that the most important moments in your life happen without you realizing their meaning at the time. That’s certainly tue with one of the turning points in my career. I didn’t know it, but that day would go on to influence the direction of my entire professional life. Because that’s the day I walked out of a non-descript office on the north side of Chicago and became a knife salesman.

Yep, I sold knives. I sat down in people’s kitchens and sold Cutco Cutlery. These days the company has grown to be a common brand name; but back then, few people had heard of it, much less thought about selling them. I was going to school at Northwestern, and I needed a summer job.

Considering the summer before I had been a landscaper during one of the hottest summers the Midwest has seen, I was ready to try something new.  I was initially excited because I could work in air conditioned homes; but it turns out I would learn lessons on that job that would have a profound impact on how I approach work.

The first thing I learned was the value of my time.  Or rather, I learned that my time is priceless and the value I bring should stem from what I bring to that hour… not the fact that I spent 60 minutes engaged in an activity.  There’s not enough room for me to list the jobs I had growing up, but they all had one shared attribute – I got paid for my time, not my results. It didn’t matter how well I scooped ice cream – I still only got paid $5.50 (this was in 1994).

But as a sales person, I got paid for what I produced. I can’t tell you how excited I was to find out that if I sold more in less time, I got paid more. How awesome was that! So I figured out that if I improved my skills, if I really learned to work smarter, I would get paid more.  It’s no fluke that I run a professional development firm now – I figured out early that there is actually value to become more competent and skilled at whatever you do.

And I learned that I didn’t want to work for a straight salary, and the supposed “security” that comes with it.  Getting paid a fixed amount always seemed limiting.  Sure it gives you a foundation, but that foundation is also a shackle.  Time is one of the truly finite resources we have, and I don’t want to undervalue mine!

Time is one of the truly finite resources we have, and I don’t want to undervalue mine!

I also learned quickly to be OK with other people thinking I was a bit odd.  There’s a lot of lip service paid to the value of walking to the beat of your own drummer, but actually following your own path in the real world is tough.  (I had a coach in high school who used to point out that all “non-conformists” tended to dress and act alike because they want to be different … but only in a very safe way.)

I think that one of the best ways to develop a resistance to outside pressure,  even from well-meaning people like your family and friends, is to practice.  While my friends had normal jobs like waiting tables and lifeguarding, I was putting on a suit and “slinging blades.”  You bet I got some ribbing.  And my parents were understandably confused when I graduated from Northwestern, put my degree in the closet, and opened up my own Cutco office!

But through this all, I learned that my own belief in what I was doing was critical.  It’s really hard to do your own thing and if anybody ever tells you differently, they’re a liar.  But there’s a tremendous freedom that comes from being able to choose your own destiny; and when you can politely ignore what other people think you should be doing, life gets a lot more interesting…and a lot more fun.

And speaking of freedom, I think that one of the most important lessons from my life as a salesman was that I got to try on different ideas of success.  I had the opportunity very early on to have great successes and some pretty fantastic failures, and I got to see how I felt about them.  One of the most important things that we do when we’re younger is define what success is.  Unfortunately, many of us just latch on to what other people say a successful person is and does, and then end up living what Thoreau called a “life of quiet desperation”.

I remember standing on a stage receiving a trophy for being one of the top salespeople in the country and thinking to myself, “well, now what?”  There was a feeling of emptiness that let me know there was still something more that I was looking for. I also remember years later being at a low point with a failed business and realizing that while I probably didn’t look like a success to others, the experience had actually been rich in experience and growth.  I had to go past how the society around me was defining success, because money and recognition or a lack thereof, weren’t doing it for me.

The fact that I get to create the definition of success for myself is the most important key to my success.

The fact that I get to create the definition of success for myself is the most important key to my success.  I know it sounds a little circular, or that I’m trying to cop out, but that’s not the case.  I wake up every morning and I look out my bedroom window, and the view just happens to be the cemetery next door.  I’m reminded that my time here is short, and that my goal is to live that day as successfully as I can.  The real joy comes from knowing the standard for success I’ve created are ones that I’ve put there because they are real and authentic to me…not because they come from someone else.

We all have a limited number of days to walk the planet; so in the same way, I wish you all the success (by your own definition) in the world.

This article originally ran at Firmology.com.  Y0u can find it here.