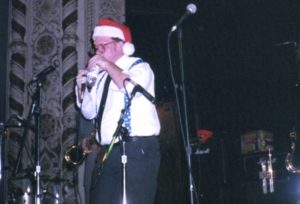 Me giving advice to a 22-year-old is a lesson in irony; because I know that the 22-year-old me wasn’t good at listening to other people’s advice.  I’d like to think that I’ve gotten a little better over the years, but I’m a work in progress.

Feel free to take or leave what I have to say.  So I guess that’s my first piece of advice: decide on your own who and what to listen to.  But after that, I guess my second thought would be:

The earth has been here for over 4 billion years and countless humans have walked its surface.  It takes a lot of hubris to think that it needs you to save it.  In fact, most of the problems today have been caused by someone who was trying to make the world a better place (from their viewpoint).  That’s made a muck of things much more than it has helped.

BUT!  There is a way to make the world a better place – make yourself a better person! Goethe said it best, “Let everyone sweep in front of his own door, and the whole world will be clean”. Instead of looking at the world and deciding how you would make it better, take a good look at your own areas of improvement and find ways that you can impact yourself.

It seems to me like the best way to improve the world is by having a lot more people who are psychologically mature, intellectually competent, and emotionally compassionate.

While you are at it, learn how to do something

Develop skills so you can contribute something meaningful to the world.  That spring break trip you took where you built a poorly constructed shack for a someone’s school – that was all well and good, but what are you adding to the world you live in?  I mean something that serves a purpose day in and day out.

It’s tempting to think that you know everything when you’re 22.  I certainly thought I did. And I’ve spent the last 15 years having that silly notion knocked out of my head.  You probably aren’t going to found the next Facebook or WhatsApp, and that’s OK.  As I was once told, build up your marketing skills and you will always be marketable.

No matter what degree you have, in the end it’s a piece of paper.  Go out into the world and keep your mouth shut and your ears open.  Sounds harsh, but trust me, it will pay off really well. If you are in engineering, learn how to make really good bridges. Want to be good at advertising? Learn how to influence others really well (and then use those powers for good).  If you are a teacher, watch others be amazing teachers.  Learn as many things as possible, too, because the best way to problem-solve is to know how to do two things and then see where they overlap.

All the while, make good stories

You’ve heard that youth is wasted on the young.  That’s just what old people who wish they had your energy paired with their wisdom say.  But you do have energy – use it.  I wanted to say here that you should have fun, but these days “fun” seems to be equated with a Red Bull commercial that entails skydiving, playing soccer on a beach, and hitting the club until dawn.  That’s not what I mean.  Find good people and do interesting things with them (which may entail skydiving, but it doesn’t have to).

I played in a band in my twenties, and it wasn’t all about sex, drugs, and rock n’ roll (we had no groupies, we barely even drank, and we played ska), but it was some of the most fun I had.  I can still you great stories about recording an album in the middle of corn-country in Illinois.

Looking back, even the times when I was working seventy hours a week in my first company made for great stories.  I was engaged in something interesting and meaningful, and that was fun!  The times I stayed out partying for no good reason – I couldn’t tell you about those at all now that I’m well past my twenties.

Does all of this sound intense?  Good, it should.  You’re 22 right now and you think that you are invincible and that the world and the people in it will always be in it.  Well, life is short, things change, people will come and go.  I wake up next to a cemetery and it reminds me that one day I’m going to be on the other side of the fence.  In your life amazing things will happen and sad things will happen.  But, if you start every morning with the realization that your day is a precious and finite resource – and then you act accordingly – you’ll do just fine.

What would you tell the 22-year-old you?

This story originally ran on LinkedIn.com.  You can check it out and comment here.