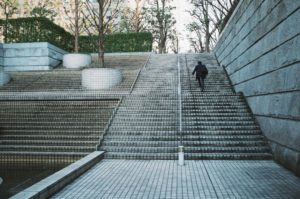 There’s a question that comes up a lot when working with clients who are struggling to build their businesses:

What causes entrepreneurs to fail?

Even new business owners who are doing well often feel that they are close to the edge of insolvency.  They get frustrated by how quickly (or rather, how slowly) their businesses are growing.  Obviously, starting and growing a new enterprise is challenging, or everyone would be doing it.  By where does that challenge come from?

Aside from the many logistical obstacles (capital, training, economic viability, etc.), one of the main struggles is psychological.  This is an area that most new entrepreneurs don’t prepare for, and subsequently, it becomes one of the main reasons that they fail.  Being an entrepreneur requires a different psychological skill set than most other career paths.  There is a key concept that is critical for successful entrepreneurs to understand.

As humans, we are are comfortable with linear relationships.  For example, if I kick a soccer ball and it goes 50 feet, I expect that when I kick it twice as hard it will go twice as far.  In the professional world, we expect someone who has worked at a job longer to have more skills and be more competent.

In fact, the traditional idea of career advancement is very linear – as someone grew older, it was expected that they would gain skills and experience and rise in their organization into positions of more authority and more compensation.

When you remember that business growth is non-linear, it explains the bumpy ride of entrepreneurship. Click to Tweet

This is why it’s disorienting for new entrepreneurs when they realize that the growth model for their new company isn’t linear – especially in the short-term. Business growth is rarely a 1:1 proposition.  Nassim Taleb looks the comparison between the linear and non-linear expectations in The Black Swan.

Businesses grow in a non-linear fashion that usually looks much different than our normal human understanding. 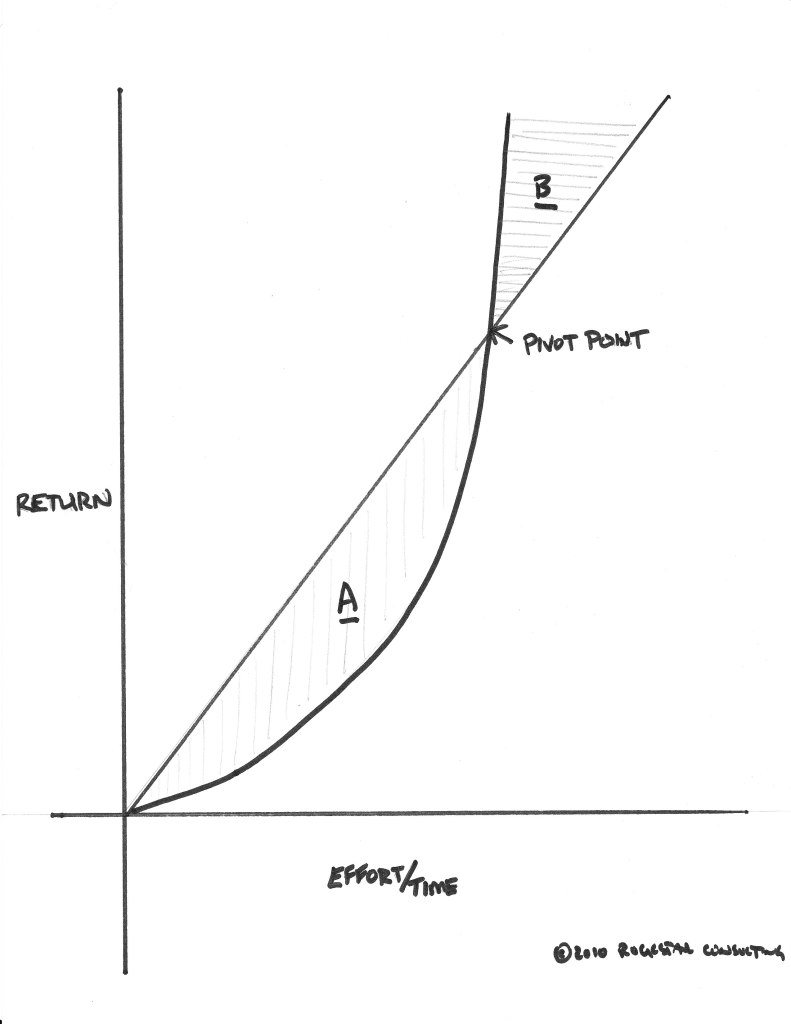 The linear path (the straight line from the bottom left to the top right) defines what we normally expect.  One unit of effort equals one unit of return.  For anyone who has worked a job for an hourly wage, this makes sense: “I get paid x dollars for every hour I work”.  The line that starts under that linear trajectory but eventually curves above it is the path that most entrepreneurial ventures follow. In the beginning of a new business the input outweighs the return. But eventually the growth of the business translates into less effort and time needed for increasingly large returns.

The pivot point is the critical point.  This is where the enterprise goes from being a time and energy “drain” to a leveraged organization.  It’s where entrepreneurs are able to find the “entrepreneurial payoff” in which they are compensated well above what the linear path would have dictated.  This also makes up for the beginning when they were losing out on return by choosing the entrepreneurial path. 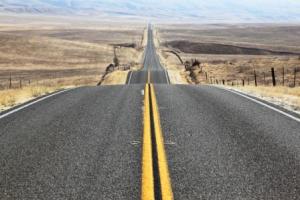 It’s important to realize that this is a visual representation, but not necessarily a mathematical one.  (I’m not much of a mathematician as it is.)   While we are using a graphical visual, it doesn’t mean that there are hard and clear equations which govern how it looks.  In fact, it’s inherently non-quantifiable.

The Power of Emotions in Start-Ups

If you can’t define the exact path of the non-linear growth, what’s the value of looking at this chart?  It’s main benefit is psychological.  The more awareness you can bring to the psychological pitfalls of entrepreneurship, the more you can prepare ourselves for them.  As more people are beginning their own entrepreneurial ventures, it becomes critical to understand that building a business doesn’t work like other “jobs”.  This can be incredibly valuable for small service-oriented “solopreneurs” who are making a go of it on their own.

Anyone who says they definitely know the entrepreneurial pivot is trying to sell you something. Click to Tweet

This does, however, illustrate three critical mindsets that every entrepreneur has to inculcate:

1.There is a difference between the direct results we are used to and the non-linear nature of business development.

Most of the physical world follows a path of direct results; we think that with every additional unit of energy, we should get an additional unit of result.   New businesses don’t grow that way, so don’t get frustrated.  Frustration just leads to unhappiness and bad decision-making.

2. Be ready to invest the time and energy in your new venture.

If you aren’t willing or able to get through the phase where you are getting less than what you are investing, don’t start. And if you are in the thick of it but you don’t want to invest more effort, get out!  You’ll just be throwing money and time away, and you won’t get to the point of positive return.

3. The pivot point is inherently unknowable.

There are so many variables that influence it. It can depend on industry and profession, and it depends on revenue vs. expense.  But keep looking for ways to accelerate towards the pivot point.  Look for activities that are truly investments in your business like relationship building and brand awareness.  They’ll have have a positive impact down the line.

Building your own business can have huge rewards, both financially and emotionally.  But you need to make the investment up front.  The more aware you are of the mental challenges of entrepreneurship, the more you’ll be able to prepare for them, and the more likely you are to succeed!