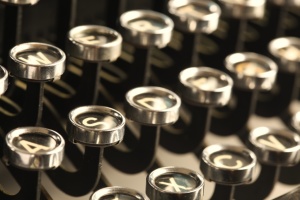 It used to be that bad spelling and poor grammar would only hurt you if you were writing an essay for English class.  Now, because so much networking is done online, it can put a damper on your career or lose you credibility in the professional world.

With the explosion of written forums that are open to the public (social networking, blogs, online reviews, etc.), how you write can be just as important as what you write.  If you are using the internet in any professional capacity, you need to make sure your writing skills aren’t sending the wrong message.

You Are Always Being Judged

It has gotten easier to communicate with new technologies like texting and online status updates.  That’s why you need to be more aware of everything you write on the internet.

This vigilance is important for a number of reasons.  In the past, you would write a letter to your newspaper if you wanted to be published in a public forum, and that took time and effort.  Now you can post a comment on a blog or a status update on Facebook in a matter of minutes.  The fact that it can be seen by a large audience is great, but it also means that any mistakes you make will be seen by just as many people.  Also, everything on the internet stays on the internet.  It’s next to impossible to remove what you’ve written once it is up!

You are going to be judged by your content and how you deliver it online!

Just as people judge speakers based on their content and on their delivery, you going to be judged by your content and how you deliver it online.  This is especially important when using the internet for professional purposes like networking.  Your audience is always forming an opinion of you.  You are building your personal “brand image” online..  Writing that is full of typos and errors isn’t the image want out in public.

The solutions are simple, but they do require some time and thought.  Even if you aren’t a skillful writer, these few steps can insure that you don’t look like a complete fool when you are communicating and networking online:

Reread everything you write that can be seen by the public

It doesn’t take long, but spend the time to read over what you’ve just written.  You’ll  catch simple typing mistakes and extra/omitted words.  What should you reread:

Most social media sites (including LinkedIn and Facebook) now include a spell checker when you post status updates.  If you know you’re not a great speller, cut and paste to Word or a similar program and use their spell checker.  Even if spelling isn’t that important to you, it might be to someone who’s reading your post and forming an opinion of you.

If you’re not sure of the correct usage, spend a few minutes using Google to figure it out:

Don’t get suckered into using shortcuts

As texting and instant messaging becomes more common, so too are the text shortcuts (like LOL, IMHO, THX).  That’s fine if you’re communicating one on one.  But it’s too informal if you’re broadcasting to a large audience – unless that audience is a group of tweens.  When in doubt, always be more “formal” than less.

When in doubt, always be more “formal” than less when writing

In the end, it’s not about being perfect with your writing. (Heck, I’m sure you could even find an error in this article).  It is about avoiding as many simple mistakes as possible.  The more you want to use the internet to network with a large audience, the more you want to make sure that you are creating the right impression.  Take the few minutes required to avoid the most common mistakes, and you’ll create the impact you want to.